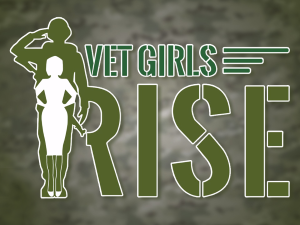 Women have served in the armed forces since the Revolutionary War. To honor women who have served our country, Active Veterans With Answers founded Vet Girls RISE Day in 2017 to celebrate our nation’s two million women veterans and highlight their post-military accomplishments. Today is the sixth anniversary of the celebration.

Vet Girls RISE also serves as a resource to build camaraderie among women veterans and help them make the transition from military to civilian life. Through professional and personal growth opportunities, it also helps our women veterans rekindle bonds, identify talents, and showcase their potential.

Alicia, a TDS field services assistant in Alamogordo, New Mexico, has been in the cable industry for over 20 years. Ever since her daughter, Mianna, recently joined the Navy, she’s had a new perspective on women vets and active service members. 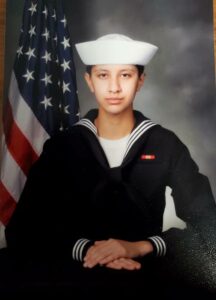 Mianna has always been extremely motivated, says Alicia. In the classroom, her daughter was a member of both the National Honor Society and the Golden Scholars for her commitment to academic excellence. She also played (and excelled in) high school basketball, earning varsity letters as a junior and senior. At every job she’s ever had, she’s either been promoted to manager or shift leader.

After Mianna graduated high school in spring 2020, she immediately enrolled in courses at New Mexico State University in Las Cruces. Over the years, Mianna had expressed her interest in working as a psychiatrist where she could help people, so her immediate interest in the armed forces was unexpected.

“When she enrolled in the ROTC program at college, it surprised me,” said Alicia. “Not because I didn’t think she was capable; I just didn’t know it was something that interested her!”

After participating in the ROTC program for a semester, Mianna decided she was ready to take the jump and join the armed forces on a full-time basis. After meeting with a recruiter, it didn’t take long until she was accepted into the Navy.

Last May, she left for bootcamp and graduated in July. From there, she went to Navy Basic Training in Pensacola, Florida, where she recently graduated. Mianna is now stationed in Norfolk, Virginia, completing her technical training in aviation on USS George H.W. Bush. She’s assigned to aircraft carrier John F. Kennedy (CVN-79), which is still being constructed.

“We’re really proud of her for the determination she’s displayed, and also for all the experiences and the lifelong bonds she’s creating outside New Mexico,” said Alicia.

“Mianna’s younger cousins really look up to her,” said Alicia. “I think they see her as someone who is doing something out of the norm for women and succeeding doing it. Hopefully this will allow them to have a similar mindset in whatever career path they choose.”

“I’m thrilled to see Mianna succeed in what many view as an atypical field for women,” said Rebecca. “I’m also very appreciative of everything she and her fellow veterans and active service members do for our country.”

Thank you Mianna, for your selflessness and dedication!