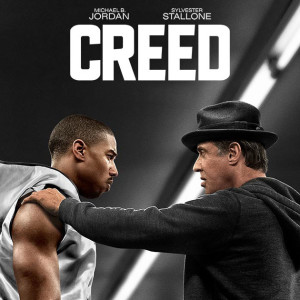 March is here, and many of our favorite television shows are in full swing, but we can’t help but be excited by the TDS TV on Demand lineup. There’s really something for everything – thrills (“Creed”), action (“Legend,” “In the Heart of the Sea”), drama (“Miss You Already,” “Danish Girl”), laughs (“The Night Before”) – not to mention one of the best kid flicks of 2015 (“The Peanuts Movie”).

Creed
The “Rocky” mantle is artfully handed from Sylvester Stallone to Michael B. Jordan in this thrilling, emotional film. The plot has Rocky Balboa, now retired, training his former rival’s son, Adonis. The crowd-pleasing movie nicely honors the legacy of the “Rocky” franchise while looking toward the future. Available March 1.

Miss You Already
Toni Collette and Drew Barrymore star as lifelong friends who’s bonds are tested when one is diagnosed with a potentially terminal illness. The film pulls out all the traditional weepy moments, but it refreshingly treats our characters as real people with flaws and warts. So if you’re in the mood for a “Beaches”-like cry, check out “Miss You Already.” Available March 1.

The Night Before
With age and responsibilities staring them in the face, three friends (Seth Rogen, Joseph Gordon-Levitt and Anthony Mackie) decide their traditional Christmas Eve of debauchery must come to an end – but not without one last epic fling. The film is crude and often very funny, which makes up for some slow patches. Rogen is at his best – stealing the show from a good cast. Available March 1.

In the Heart of the Sea
Rugged, often harrowing, film based upon the true story of a 1820s ship sunk by a whale (and thus spawning Herman Melville’s famed “Moby Dick”). Director Ron Howard lets things drag at times, but star Chris Hemsworth and the rest of the cast are excellent as doomed men struggling survive. Available March 8.

The Peanuts Movie
Charles Schulz’s comic strip gets a glossy make over, but the tone and heart remain true to the source. “The Peanuts Movie” features a delicately balanced blend of humor and poignancy – perfect for younger kids and heartwarming for parents. Schulz would be proud. Available March 8.

The Danish Girl
A humane (and human) story loosely based on the lives of Danish artist Gerda Wegener (played by Oscar winner Alicia Vikander) and her husband Einer Wegener (Eddie Redmayne). Einer would sit for his wife’s paintings, but dressed as a woman – ultimately identifying more with his feminine side. The film’s subject matter will no doubt be off putting to some, but “The Danish Girl” is an emotional and rewarding drama. Available March 8. 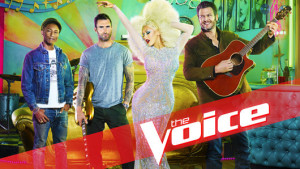 The Voice
Christina Aguilera, Pharrell Williams, Adam Levine and Blake Shelton return to the most popular talent show on the airwaves. “The Voice” has succeeded by finding not just great talent, but by generating emotion, suspense and flat out fun. Monday, February 29, NBC.

Gotham
NBC’s comic book show is back. “Gotham” has suffered from a spat of uneven episodes – some fantastic, some quite weak – but it seems like this show really has the potential to gel into something special. Tune in and see if it can happen. Monday, February 29, NBC.

House of Cards
One of televisions best shows is back. It’s an election year, and the the Underwoods (Kevin Spacey and Robin Wright) may find the biggest threat is each other. The entire season drops on Friday, March 4, on Netflix.

Mythbusters
The end of an era. After hundreds of episodes and thousands of experiments, “Mythbusters” is wrapping with a bang as the crew promises to blow up all sorts of stuff. The show will be followed by a reunion as hosts Adam Savage and Jamie Hyneman are joined by former team members Kari Byron, Tory Belleci and Grant Imahara for a final farewell. Saturday, March 5, Discovery. 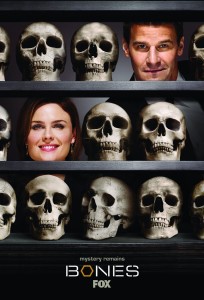 Fox has renewed “Bones” for one final season. The long-running procedural will get a 12-episode sendoff next year.

The 1999 film “Cruel Intentions” is coming to NBC as a series. Sarah Michelle Gellar will reprise her role from movie, which picks up 15 years after the original left off.

HBO has renewed the period rock drama “Vinyl” for a second season despite low ratings.

“Mad Max” star Tom Hardy will headline the eight-episode drama “Taboo” for FX. Set in 1814, the mini-series follows a man thought dead who returns to London to inherit his father’s shipping empire, only to be surrounded by murder, betrayal and deception at every turn.

AMC will produce a pop culture talk show titled “Geeking Out.” The show will be hosted by Kevin Smith (Clerks) and Greg Grunberg. Watch for it this summer.

VH1 has picked up “America’s Next Top Model,” which was canceled by the CW after 22 seasons.

Jennifer Lopez’s cop drama “Shades of Blue” will return for a 2nd season.

America's Next Top Model, Angel From Hell, Bones, Creed, Cruel Intentions, Geeking Out, Gotham, Houdini & Doyle, House of Cards, In the Heart of the Sea, Legend, Miss You Already, Mythbusters, Of Kings and Prophets, Open Season: Scared Silly, Shades of Blue, Taboo, The Danish Girl, The Night Before, The Peanuts Movie, The Voice, Vinyl