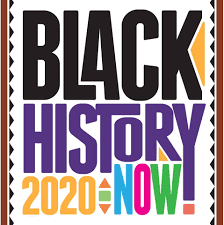 This year’s theme for Black History Month is: “African Americans and the Vote.” The theme honors the centennial anniversary of the 19th Amendment (1920) granting woman’s suffrage and the sesquicentennial of the 15th Amendment (1870) which outlawed discrimination by federal government and each state from denying a citizen the right to vote based on that citizen’s race, color, or previous condition of servitude.

Peterson was the son of ex-slave Lucy Green and worked as a janitor and handyman in Perth Amboy. After the Fifteenth Amendment was enacted, Peterson voted in a local election held at city hall over the city’s charter. Along with being the first Black person to vote in America, Peterson was also the first Black person in Perth Amboy to serve on a jury. Peterson died in 1904 at the age of 79.

Knowing our past helps open the door for the future—one of the many reasons it’s important to celebrate Black History Month. Check out these topics on the History Channel’s website about Black History Month and the history of the 15th Amendment.  Also on OWN (the Oprah Winfrey Network), you can find videos that honor the civil rights legends who paved the way of the historic Selma-to-Montgomery marches.