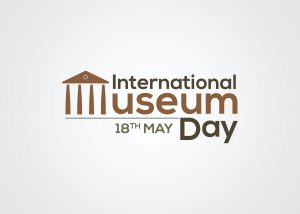 Today is International Museum Day, a day aimed to raise awareness about museums as an important avenue to learn more about other cultures and communities. They’re also a way to have some good, educational fun! TDS, a company dedicated to building a diverse and inclusive culture, recognizes the importance of museums in helping achieve these overarching goals.

Here are 10 museums in TDS communities across the country worth visiting! 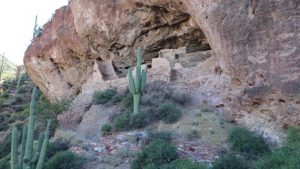 The main attractions of the Tonto National Monument are the ruins of two Salado-style cliff dwellings, dating back to around 1300 AD. These southeast-facing settlements were built within caves near the top of a steep hillside, overlooking the Tonto Basin. It’s estimated that the Salado abandoned their villages suddenly in the early 1400s, but the reasons are not definitively known.

Also found at the monument are centuries-old artifacts including colorful pottery, woven cotton items, and more helping illustrate the story of the Salado people.

Located in the historic St. Paul Baptist Church in Boise’s Julia Davis Park, the Idaho Black History Museum builds bridges between cultures and explores issues that impact all Americans. Although it’s small, the museum has informative and interesting exhibits focusing on Idaho’s black history—particularly from the 1800s to present. It also has magnificent artwork, including a beautiful Martin Luther King Jr. painting.

Founded in 1995, this is the oldest African American museum in the Pacific Northwest. 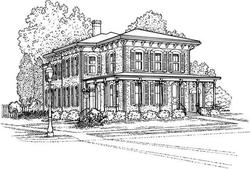 Beginning in 1852, Swedes began migrating to Rockford, Illinois by the thousands, seeking goals shared by other immigrant groups during the mass migration period.

Run by the Swedish Historical Society of Rockford, The Erlander Home Museum is a cultural centerpiece of Rockford’s Swedish ancestry community. The home was built for John Erlander, the founder of Rockford Union Furniture Company, and his family in Rockford’s historic Haight Village in 1871. The museum is home to many different artifacts relating to Sweden and Swedish immigrants, among other items that belonged to the Erlander family.

Located within the Billings International Airport, a new display is always right around the corner at the Yellowstone County Museum. One of the main goals of the museum is to represent some of the original inhabitants of Billings and the surrounding region.

The museum has a vast collection of Native American artifacts, as well as several interactive exhibits to interpret them. Native American peoples have been living in the Yellowstone area for thousands of years, and the museum showcases their cultures in three different phases—before contact with European settlers, after contact with settlers, and today. 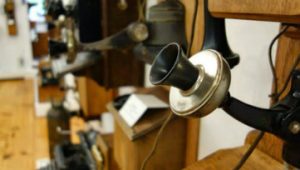 Who said telephones are boring? Since Alderic O. “Dick” Violette opened the New Hampshire Telephone Museum in 2005, over 16,000 visitors have walked through its doors.

Beginning in April of 1946, Violette worked over 50 years in telecommunications, doing everything from running telephone cables to eventually becoming President and CEO of Merrimack County Telephone—a company purchased by TDS Telecom in 2002. Throughout his career, Dick collected much of the historic equipment found at the museum today, including over 1,000 artifacts related to the telecom industry. The museum presents a history of telecommunications, taking you through stories about party lines, dial tones, operators, and how rural American telephone service came to be.

You can also experience the museum from the comfort of your home by downloading the mobile app on the App Storeand Google Play Store.

The Sequoyah Birthplace Museum pays tribute to the famous, multi-talented Cherokee leader, Sequoyah. The first half of the museum describes Sequoyah’s upbringing and life during the trying times between the American Revolution and the War of 1812, as well as how he collaborated with the American nation after.

The second half of museum is devoted entirely to the 86-character written language he created for his for his people. With over 300,000 tribal members, Cherokee nation is the largest Native American group in the U.S. today. Despite these numbers, less than 5% speak the native language, making Sequoyah’s creation necessary for preserving it. 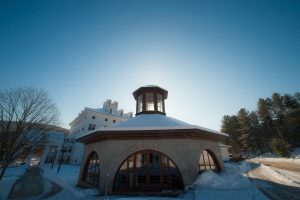 Opened to the public in 2007, the Sullivan Museum and History Center is a state-of-the-art facility showcasing the rich history of Norwich University. The Senior Military College is represented through its vast collection of 15,000 artifacts—including uniforms, militaria, artwork, war trophies, and the other achievements of its alumni from 1819 to present. The museum seeks to tell the story of Norwich University’s founder, Capt. Alden Partridge, and his vision of a being a “citizen soldier.”

Check out this link for a look at some of the museum’s famous exhibits and artifacts.

Legendary performer and actor Harry Lillis “Bing” Crosby was a native of Spokane and alumnus of Gonzaga University. On Gonzaga’s campus lies his childhood home, which was built in 1911. Now a museum paying homage to his accomplishments, the home is an absolute must-see for not only his many enduring fans, but also jazz and pop music fanatics in general. The home has over 200 exclusive Crosby items—including trophies, awards, gold records, and his Oscar for “Going My Way” (1944). 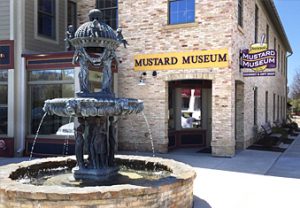 The museum has nearly 6,100 mustards from all 50 U.S. states and more than 70 countries across the world. The collection of exquisite mustards and mustard pots, antique tins and jars, and vintage advertisements truly make for a unique and informative experience you’ll never forget. And don’t forget, you can buy and sample any of the mustards available in the shop!

Established in 1838, Milton was a community founded on progressive values. The community had an abolitionist mindset and believed in social equality, and the Milton House Inn is tangible proof of these ideals. This structure is the last certified Underground Railroad Station in Wisconsin that can be toured.

Walk the path of freedom and travel through the same secret passageway that gave freedom hopefuls shelter and see what life was back 200 years ago in the 1837 settlers cabin.