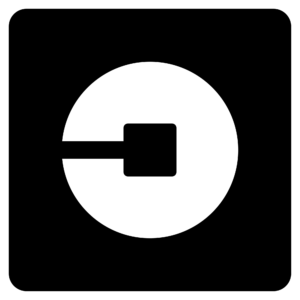 Uber has now made it easier for companies by revamping their Uber for Business platform. The upgrades will now allow business to set rule to ensure travel policy is followed. In addition, they have created group-based access levels and a custom program, which means a V.P. would have different business perks than an associate.

Google has released the new Android update and it has yet again been named after a dessert, Oreo. This update is packed with new features from a smarter copy & paste tool to a more seamless autofill feature. They also replaced their old blob-shaped emojis and upgraded them to a more traditional emoji style. Check out the video below to see more on the new Android.

Volkswagen Microbus is back!

The classic Volkswagen Microbus is coming back in 2022, but this time it will be electric. This new model is known as the I.D. Buzz. This week Volkswagen confirmed a sale date in 2022 after hinting at a Microbus revival for the last few years. The battery life for the van will be 270 miles, which means a lot of driving can be done between charges. The interior of the vehicle is flexible with seats that have the ability to be moved and adapt to different needs. Only a few more years to wait, but it will be worth it.

Turning an iPad into a wireless second display

Luna Display is a Kickstarter project that has figured out how to turn an iPad into a second display for your Mac computer and it’s completely wireless. The device connects to your computer with a Mini Display Port or a USB-C and it works instantly with your iPad through an app over your Wi-Fi. Luna Display is compatible with any modern Mac computer as well as any modern iPad. This will make multitasking easier as well as increasing your ability to work on larger projects.

Microsoft has a new game console, the Xbox One X and it is already on presale. This new console is enhanced with 4K and HDR support and there are more than 100 games ready once it’s released!

Nintendo created the Super NES Classic Edition, a remake of one of their greatest games, and it went on pre-sale last Tuesday. However, the pre-order was chaotic, some pre-orders went up unexpectedly and they all sold out instantly, which left many people disappointed and empty handed. Nintendo has now had two poorly executed product launches, so hopefully they figure out improvements for their next product.

The fight of the year is this Saturday
Top Manicure Trends for Fall 2017: Seen on Pinterest