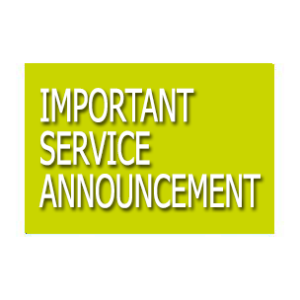 This is not the news we hoped to share, but we are ending our negotiations with WJXT.  After three weeks at an impasse, it’s clear an agreement—one satisfactory to both parties—is not going to be reached.

As we said before, we feel it’s our responsibility to advocate on behalf of all of our customers. As a result, we did not make this decision lightly. Since negotiations began, we have been weighing customer feedback, price, and viewership.

We heard your calls and read the messages you sent or posted, both for and against keeping WJXT. We also carefully considered what price we feel is reasonable for a product that’s available free online and via WJXT’s news app (for Android and iOS). Finally, we looked at how many of our customers view WJXT every day—a number that is less than five percent of our St. Marys subscribers.

Understanding that WJXT’s dedicated fans would like to keep the channel, we offered to carry it as an a la carte option. The station would have received 100 percent of the fees for those who decided to add the channel. This offer was rejected.

As a result of our decision, the channel will stay dark and it will be removed from our channel lineup.