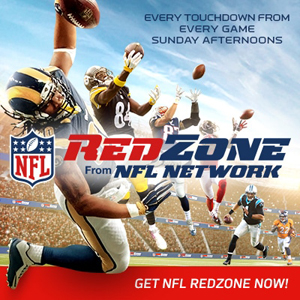 You’ve been waiting all summer, but now it’s almost here—the kickoff to football season! Even better, your patience is being rewarded with a free preview of NFL RedZone so you can get into the action now.

You’ll have not one but FOUR chances to give it a try, including the first Sunday of the regular season! Your sneak peek at NFL RedZone will take you from game to game so you never miss a moment.

Here’s when to watch:

Here’s where to watch:

Cheap Tunes Tuesday: Reel Big Fish
TDS hits it out of the park at the Little League Clinic