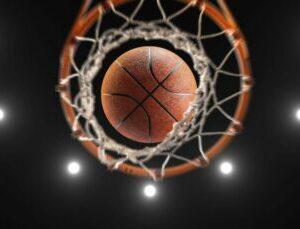 The madness of the annual college basketball postseason is just around the corner, and you won’t have to miss a minute with TDS.

The action begins with the opening games March 15-16 and continues all the way to the championship on April 4. Here’s a quick schedule according to the NCAA:

TDS TV and TDS TV+ have all the networks that will carry tournament games. The networks include CBS, TNT, TBS, and truTV.

Over the course of three weeks and 67 tournament games, you can follow every Cinderella story, buzzer beater, and shining moment—without leaving your couch! Don’t forget, if you’re on the go, you can also you can watch anywhere on your phone or other digital devices with TV Everywhere!

If you’re not a TDS TV+ subscriber, make sure you’re prepared for the opening tip. Visit our website for information about TDS TV+’s great features and review the programming package options.

Mark is an associate manager of communications for TDS Telecom. Prior to TDS, he worked for 10 years as a journalist and four years in local government. When he's not writing blogs, you might find him at a live music venue, bike trail or baseball stadium. Mark lives in Milwaukee with Jordan and Pippin (his fiancé and cat -- not the Chicago Bulls legends).
View all posts by Mark Schaaf →