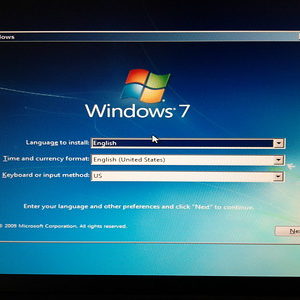 The new year is the perfect time to start fresh with some technology updates. And don’t worry about it costing lots of money—in most cases you don’t need to spend a dime to gain features and, more importantly, to increase your online safety.

Start with your operating system

It’s been great, Windows 7, but it’s time to say goodbye. As of last week, Microsoft has officially ended support of this workhorse of an operating system.

To be fair, Microsoft said from the get-go they’d offer 10 years of support and they’ve lived up to that commitment. And, they’ve been reminding us this day would come for more than a year…but if you were hoping they’d change their mind, you’re out of luck.

If your PC is one of the millions still using this software, you should really consider upgrading.

Sure, it’s not like your computer is suddenly going to stop working, but you’re going to be missing two very important things: security updates and support for any technical issues (which are only likely to increase). Without these things your PC will be vulnerable to malware and viruses—which could then infect the rest of your network.

Upgrade to the feature-rich and very-supported Windows 10. In great news, multiple news outlets are reporting you have a shot at scoring this for zero dollars. Sticker price is $139, but Microsoft had a free upgrade offer back in 2015-2016. From the sounds of it, many have still been able to take advantage of the offer. For instructions, visit CNET.

Update Firefox while you’re at it

There’s a newly discovered flaw in Firefox that’s being actively exploited—so much so, that the Department of Homeland Security is sending out alerts telling consumers to upgrade their browser ASAP.

When the government gets involved, you know it’s serious so please update your browser to Firefox version 72.0.1. To get this version:

A key part of protecting your privacy is to keep every device connected to your home network up to date with the latest-and-greatest software or firmware available. Yes, it can feel like a hassle but it’s worth your time to take a few seconds to make it happen. Make it easier on yourself and set up auto updates where you can.

Not only will you help keep your information and network private, you’ll also be saving yourself loads of hassle in the long run.