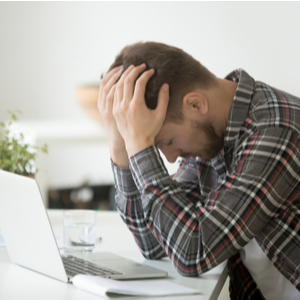 Spoiler alert: consumers got scammed a LOT in 2019 and lost a ton of money in the process.

Every year, the Federal Trade Commission (FTC) maintains a database of fraud activity from state and federal law enforcement, private partners, and consumers like you. Last year there was more activity than ever.

The database, called the Consumer Sentinel Network, received a whopping 3.2 million reports in 2019. Total fraud losses added up to $1.9 billion with a median loss of $320.

You are more than welcome to wade through the data yourself, but here are seven key takeaways from last year’s information:

1. Impostor scams are no. 1. The most-reported fraud of 2019, victims lost more than $667 million to impostors pretending to be someone from the government, a loved one, a well-known business, or a romantic interest. Those who lost money most often reported paying scammers with a gift card.

3. Credit card fraud tops identity theft reports. In 2019, there were more than a quarter million (271,000 to be exact) reports from people who said their information was used to open a new credit card account or was misused on an existing one.

4. Millennials were more likely to lose money to fraud than adults over 70. Being younger doesn’t make you immune to scams. In 2019, adults age 20-29 reported losing money in 33% of reports filed with the FTC. Those age 70-79 only reported losing money 13% of the time. One other important point though: those older 70 reported higher median losses than any other age group.

5. Don’t pay with gift cards: People lost a lot of money this way in 2019. f you’re contacted unexpectedly and asked to send/pay with a gift card, don’t. Instead think and investigate. A government agency or reputable business would never ask for payment via gift card (and probably not family either.)

6. Don’t trust your Caller ID. The majority of fraud reports come after people have been contacted over the phone, typically using what is called a “spoofed” Caller ID. Scammers use commonly available technology to make the Caller ID that appears on your phone look like the call is from a legitimate person or agency.

7. Being in the military doesn’t give you immunity. There were more than 58,000 fraud complaints from military consumers—and 35,000 of those were impostor scams that cost them $27 million in 2019.

Given these trends, it’s more important than ever to think on your feet. Always think twice (or even three times) any time you are contacted unexpectedly and asked to give money in any way, shape, or form. And, keep a close watch on your bank statements to catch any fraud activity before it becomes big problem.

To report a complaint to the FTC, visit the FTC Complaint Assistant website.