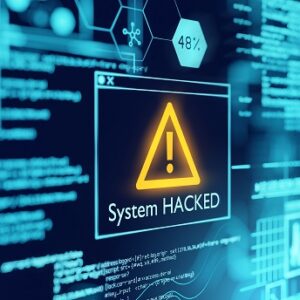 Cyberattacks on the rise since pandemic

With more people working at home and shopping online, the number of cyberattacks has increased significantly since the onset of the pandemic.

The FBI recently announced as many as 4,000 reports a day have been made to their Cyber Division. That represents a 400% increase from what they were seeing before COVID. The FBI also noted they are seeing more cyberattacks aimed at major corporations, governments, and medical organizations.

Unfortunately, cybercriminals have been given new opportunities to launch new campaigns with more people working remotely.

Corporate Ransomware Attacks
Ransomware attacks have also been successful during the pandemic. Ransomware is when cybercriminals hold a company’s computer data or network hostage until a ransom is paid. The hackers have demanded sizable ransoms from some large corporations. Exactly how much data was compromised and if the ransom was paid has not been officially released.

In early June 2020, Honda announced that its Customer Service and Financial Service divisions were having technical difficulties and later confirmed it was cyber-attack related. In July, Garmin users reported widespread outages which the company would later say was the result of a cyberattack.  And, in August, Canon confirmed it was attacked in a ransomware attack that stole “10 terabytes of ‘data, private databases.”

These attacks during the pandemic illustrate how cybercriminals are going after large corporations. According to MonsterCloud, criminals have now converted ransomware to something called doxware. The criminals state if the company does not pay, they will take the data and notify their customers that the corporation was hacked, and their customer data was compromised.

Here are tips to protect yourself against cybercrime:

Stay out of bad neighborhoods:

3 Responses to Cyberattacks on the rise since pandemic