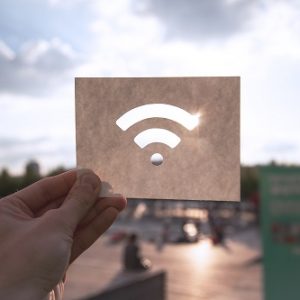 Today, June 8, Amazon is rolling out its new Sidewalk Wi-Fi sharing feature on all capable devices such as Echoes and Ring cameras and lights (note: eero devices are not Sidewalk capable). There are definitely things you should be aware of now that it’s going live.

Basically, Sidewalk is going to create a giant, sort-of mesh, shared network using capable devices. By sharing, as CNET says, “a small fraction of your home’s Wi-Fi bandwidth” it means your Echo may be the “middleman between your home network and, say, those smart lights in the backyard that sit at the edge of Wi-Fi range.” The devices that make this Sidewalk connection (or “bridge”, as Amazon calls it) are listed at the bottom of this Amazon webpage.

But there’s more to Sidewalk than what happens in or around your own house.

Key point #1: The Sidewalk network extends beyond your home. With Sidewalk enabled, your devices may “borrow” some bandwidth from your neighbor if your smart lights or mailbox sensor end up teetering on the edge of a Wi-Fi connection. Likewise, if your neighbor’s devices need a connection, they’ll borrow some of yours.

Sidewalk capable relay signals using Bluetooth Low Energy (BLE) to Amazon cloud servers. BLE uses 900MHz signals, which allows for a range of up to a half mile. Amazon says Sidewalk doesn’t allow other devices to join your Wi-Fi network, and you won’t be able to see any details about what devices are borrowing bandwidth. That said, the “crowdsourced” nature of this bandwidth sharing has many experts waving security and privacy warning flags—especially given the next fact about Sidewalk:

Key point #2: If you own Sidewalk capable tech, you’re being automatically opted in to Sidewalk unless you go change some settings.

Here’s what experts, quoted in CNET, Ars Technica, and USA TODAY are worried about:

If you want to read the nitty gritty, Amazon has published a white paper explaining the technical details and service terms of Sidewalk. Ars Technica also points out that, “so far no one has pointed out specific flaws that undermine the encryption or other safeguards being put in place.”

And Amazon, in their white paper, likens their role in Sidewalk as the postal service—that their Sidewalk Network Server is the post office, responsible for making sure the data exchanged by devices goes to the right place. They also say that Sidewalk is designed so they can only read the envelope, and not its contents.

This doesn’t necessarily reassure the experts.

Regardless of the security and privacy assurances, it doesn’t change the underlying fact that Amazon is a company who already has a lot of information about us (Ars Technica says, “they see who knocks on our doors, and in some homes they peer into our living rooms. They hear the conversations we’re having with friends and family. They control the locks and other security systems in our home.”) and with Sidewalk will soon potentially have even more—using a largely untested technology.

Key point #3: You can turn off Sidewalk

If you’re not comfortable with Sidewalk, it’s easy to turn it off. CNET offers these how-to instructions:

Again, not every Amazon device uses this technology (at least for now), so refer to a list for capable devices.