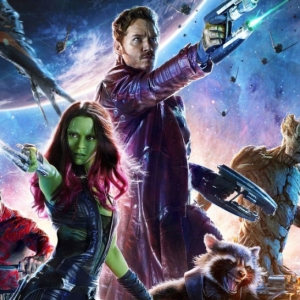 Guardians of the Galaxy debuts on Video on Demand

By Matthew Breen on December 8, 2014 in Online Life

The roster of new movies is not large this week, but it contains one of the year’s best – Marvel’s “Guardians of the Galaxy.” Also, watch for the conclusion of several television staples, including “Sons of Anarchy,” “The Newsroom” and “White Collar.”

New on Video on Demand

Guardians of the Galaxy
No film in 2014 has been as enjoyable as Marvel’s rollicking “Guardians of the Galaxy.” The movie does not get lost in the wonderful special effects, and expertly blends sharp humor with quality storytelling. When you’re done, you’ll be smiling for hours and saying, “I am Groot.” Available December 9.

When the Game Stands Tall
Nicely crafted and inspiring story about high school football coach Bob Ladouceur, who took a sad sack football program in Concord, California, and raised it to one of the nation’s best. Available December 9.

Teenage Mutant Ninja Turtles
There’s not a lot to say about TMNT. It’s silly and over-the-top, but there’s something about giant turtles (and a rat) fighting a bad guy named Shredder that just works. The film will probably play best with older pre-teens and teens, but if you have a soft spot for Raphael, Michelanglo, Leonardo and Donatello, you’ll probably enjoy the tale. Available December 16.

Sons of Anarchy
FX’s thrilling motorcycle saga comes to a bloody close after seven seasons. The bodies have piled up all season and the series finale should add to the count. Tuesday, December 9, FX.

Rudolph the Red-Nosed Reindeer
The holiday classic marks its 50th anniversary. Even after half a century Rudolph remains one of the very best Christmas specials. Tuesday, December 9, CBS.

Bones
The 200th episode of “Bones” looks to be a fun one. Bones and Booth and the gang celebrate with a Hitchcock-inspired episode set in the 1950s. Star David Boreanaz directs. Thursday, December 11, Fox.

Marco Polo
Netflix drops all 10 episodes of this epic mini-series about the legendary traveller and adventurer. The lavish production (reportedly costing close to $100 million) is adult-oriented. Friday, December 12, Netflix.

The Santa Con
What would December be without a Lifetime holiday film? This week we have former TV stars Melissa Joan Hart, Jaleel White and John Ratzenberger in a silly, but life-affirming tale about a con-man whose crimes earn him a court-ordered stint as a department-store Santa. Saturday, December 13, Lifetime.

White Collar
The end is here for Neal, Peter and rest of the “White Collar” team. Catch the end of one of TV’s most enjoyable crime shows. Thursday, December 18, USA.

HBO is teaming up with director Martin Scoresese to produce a 1970s era rock and roll series. Stars attached to the production include Ray Romano, Oliva Wilde, Juno Temple and Bobby Cannavale. Look for it some time in 2015.