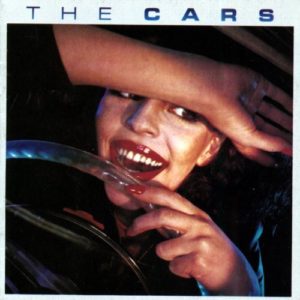 Induction into the Rock and Roll Hall of Fame in Cleveland, Ohio isn’t necessarily why many bands start to make music, but in many ways, it’s the ultimate validation of your career and all your success. Selling millions of albums feels good, but the recognition you’re one of the best of all-time? That’s a major endorsement. Today’s band was inducted in April of this year, and might be a band you’ve forgotten you love.

Two guys, Rick Ocasek and Benjamin Orr, met in Cleveland in the 1960s—one playing in a band and the other watching. While they’d chat and maintain contact, they went their separate ways and kept making music in cities from Columbus, Ohio to Ann Arbor, Mich. Finally in the early ‘70s, they both made their way to Boston, Mass., snagged a guitarist and started a Crosby, Stills, Nash and Young-style folk rock band called Milkwood. They released an album but it failed to sell so they started over. They kept teaming up with new players with the same result. Finally around 1976 (and four failed bands later), the aforementioned duo set up a band that fit their style, not inventing something around the new guys. They brought in a bassist who had a flair for fashion and apparently naming bands, as he walked in and on the first day said, “We should be The Cars” —and from that day on, the band was on their way.

The Cars played their first show at Pease Air Force Base in New Hampshire in December of 1976. Continuing to play the New England states through the year, they started to get noticed by some execs and the crowds. Elektra Records heard a demo and gave them a deal. Their debut album simply titled The Cars was released in June of 1978. The single “Just What I Needed” had hit airwaves a couple months prior and was being heard all across the USA. That and two other singles would chart on the Billboard 200 and the overall record remained for 139 weeks.

It’s generally accepted as the bands best album ever made and also one of the best of the decade. By the end of ’78, it had sold a million copies and Billboard called it the fourth-best album of the charting year of 1979. To date, the album has sold over 10 million copies worldwide, and continues solid sales even today.

At this time, this was still considered to be part of the vague ‘rock’ genre, but rock music was, and is, ever-changing. It was really part of a new wave movement and critics seemed gaga over it at the time. AllMusic called it “flawless” and Rolling Stone has it at #284 on the 500 Greatest Albums of All Time list. Their guitarist Elliot Easton joked they should have just titled the album “The Cars Greatest Hits” because the popularity and sales were so frenetic.

It’s easy to understand why this album was so popular—while only nine tracks deep, they’re all solid. So many of them remain radio standards forty years later and have been utilized in countless films, television shows and commercials. My first real encounter with the band would have been a solid two decades plus after this album was released. When I heard it, the tracks held up so well and continue to. I’ve been to hundreds of concerts in my life, and at least a dozen times I’ve heard various bands cover “You’re All I’ve Got Tonight”—which is truly the ultimate compliment.

The Cars only made it to 1988 and decided to break up. They’d ultimately get back together in 2010 just for a couple years, but hadn’t played on the same stage since until the induction ceremony this year. These guys unquestionably left their mark on music history, selling nearly 40 million albums worldwide and leaving behind some mega-hits. Give this one a shot today; it might drive you to celebrate their entire catalog.