Worst video game of all time unearthed—literally
There has been a long-held rumor that Atari buried any remaining copies of its E.T. the Extra Terrestrial game, widely regarded as the worst video game of all time. However, no clear proof existed of this death-by-dirt….until now. Photos hit the web this week (and you can see more at Engadget) showing a huge excavation in Alamogorodo, New Mexico. The Microsoft-backed team succeeded in finding E.T.’s burial ground and now that Internet rumor can rest in peace. No word though, on whether anyone will sell the unearthed copies…

Google’s self-driving cars are getting smarter around cyclists
Google has been testing their self-driving cars in the urban Mountain View, California …which makes many people nervous. To help put fears at rest, this week Google released a video explaining that their cars can now understand cyclists’ hand gestures, spot pedestrians from behind, slow for road construction, and won’t enter a railroad crossing until there’s a clear path to exit.

I’ve got to admit it looks pretty cool (but, I can say that because where I live there aren’t any self-driving cars around 🙂 ).

Are you still bleeding out? Only 39% of U.S. adults have changed their passwords after Heartbleed
The headline says it all, people. The Pew Research Center found that many, many people haven’t changed their passwords, and yet 6% think their personal information was stolen. Please, if you haven’t already, go update your passwords!!

Scramble your eggs in the shell(!!!)
The Goose That Lays Golden Eggs is a Kickstarter product that will let you scramble eggs in the shell (no punctures required). Really. It works by rotating the egg super fast, but safely.

The result? A golden egg, if you hard boil it (and, according to the Kickstarter page, apparently a very yummy tasting scrambled egg [the flavor is different because of the lack of oxygen in the mixing environment, I guess]). This Golden Egg has been hot in the tech press this week, likely because it’s relatively inexpensive ($24 will get you one), innovate, and let’s face it—the novelty. It could make for a fun belated Mother’s Day gift.

Firefox launches sexy, new, Firefox 29
Have you downloaded the new Firefox yet? They’ve been working on the release for about two years, but finally set it free on Tuesday. I haven’t tried it yet, but based on the video below it looks rather Chrome-ish. Menus are streamlined, the tabs are prettier, it’s easier to customize the toolbar, plus the desktop version can sync with your mobile version so you can take your bookmarks with you.

If you’ve downloaded it, what do you think? A good step forward, or are you hating it?

Apple introduces cheaper MacBook Airs
Sure, they only knocked $100 off the price, but for a Mac, that’s nothing to shake a stick at—especially when you consider the machine is also getting a more powerful processor. The 11-inch Air is down to $899 with the 13-inch version going for $1,199. According to reports, while this is a welcome update to the Air line, some are expecting a more radical overhaul later this year.

Nissan develops self-cleaning paint
Wired had the story under the heading of “shut up and take our money” and I’ve got to say I agree. Nissan is testing a new paint that repels water and oil and, from the video, makes it look like mud and gunk just slide right off. Really. Now THAT’s some good tech news.

Skype now free on desktops and the Xbox One
Skype is hoping you’ll forget all about Google Hangouts once you learn you can Skype for free on on both desktop machines and Xbox One consoles. They’re eliminating the need for a premium subscription for group chats in these two platforms, and the company says it’s going to be free on more soon.

But what’s really space age are the new NASA space suits
On Wednesday NASA announced the winner of its public vote for the next generation of spacesuit. NASA had three different prototypes and asked for feedback about which one folks liked the best. The winner looks rather Tron-like (which is step up from the last generation’s Buzz Lightyear look). If you didn’t vote but want to see the ones that lost, you can see them here 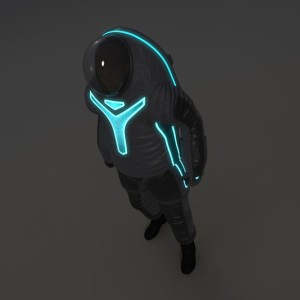