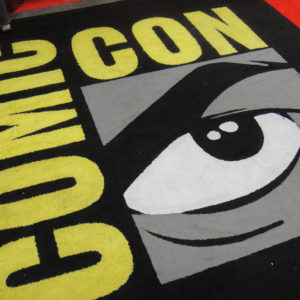 Comic-Con 2017 has come to a close and it has left us with a flood of new movie and TV trailers. Some of these include Stranger Things, Justice League, The Defenders, and Thor: Ragnorok. Click here to watch and learn more about these trailers.

A pet camera with the ability to fling treats

Technology has produced a number of ways for you to keep an eye on your pets while you’re away from home. One of them, Petcube, has advanced from the video camera and voice intercom and added new interactive features into Petcube Bites—like the ability for owners to fling treats at their pets. This new device also has motion and noise sensors that are used to monitor their pet’s behavior and follow the pet throughout the house if there are multiple cameras set up. I could be wrong, but this seems to me like it might be a violation of a pet’s privacy.

Supersonic planes may be in the future for commercial travel

NASA has been researching supersonic plane technology and has created a design that it hopes will make international travel faster, while reducing the noise of the jet. Starting next month, NASA will start taking bids for the construction of a demo model that will be tested over populated areas by 2022.  Maybe in 10 years supersonic planes will be the new way to travel for long distance flights, but we will have to wait and see how much progress NASA makes.

Apple has a new software update for iOS and MacOS. This is an important update to download because it could prevent your device from being hacked. This new update addresses a vulnerability referred to as Broadpwn that allows hackers to take over your device through Wi-Fi chips embedded in the main processor of devices. It is important to update your devices to protect them against these hacks. For installation on iPhone’s or iPad’s, go to Settings and click on General. Then, you’ll want to select Software Update, which will lead you to the Installation. For Mac’s, go to the App Store, and click on Updates, which will lead you to the Installation.

This week Google released a new feature for their Maps and Search mobile apps, which is called “SOS Alerts.” This notifies users if there is a nearby crisis and provides them with a map of where the event is taking place, emergency numbers to contact, news articles, and updates from local authorities. In addition, if you Google a crisis or an area that is experiencing a crisis, the SOS Alert will appear, providing individuals with the same information listed above. The update aims to keep Google users safe and more aware throughout a crisis.

Forget where you parked your car? Google will remember. Google has the technology to detect when your car has stopped and parked, which they use to help individuals find their cars. Depending on the app you have, a parking card may appear once they have sensed you’ve stopped and allows you to add certain information like the meter time or parking garage level. Or your app may have you save your parking spot as a location on your map. Google continues to advance their technology in areas that help their users in small ways.