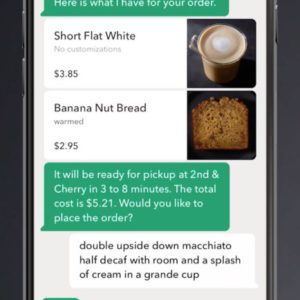 Can you say “Triple, venti, soy, no foam latte?”
Starbucks will soon be rolling out a virtual assistant on their app—so all you have to do is tell it what you’d like to order. Even more? The coffee company is embracing Amazon Alexa so customers with an Echo can re-order their favs. The new feature should be coming in early 2017, so brush up on your Starbucks lingo now. (Image: Tech Crunch)

When identical twins are no longer identical
This could be one of the most interesting twin studies ever: astronaut twins Mark and Scott Kelly volunteered to help NASA learn what effects long-term space travel has on humans. Scott spent 340 days on the International Space Station and Mark stayed stateside. Samples were collected throughout that time and the results are just starting to be shared. What changed? Chemical modifications to DNA, bone formation, gut bacteria and all kinds of small things. More details at CNN and The Verge. 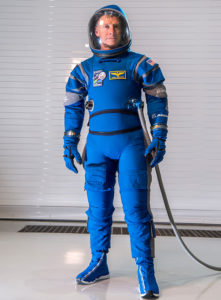 Boeing’s lighter—profoundly blue and stylish—new spacesuit
The “wow is that blue” suit is designed to go with Boeing’s Starliner spacecraft. Reminder: NASA is contracting with Boeing and SpaceX to get back into space, since ending the space shuttle program in 2011. It’s 40 percent lighter than previous suits, has a soft helmet with better visibility, and touch-screen friendly gloves—it’s high tech and fashion forward! The Starliner launch is expected next year. (Image: Boeing)

Flying costs Amazon $1.5 billion
Fortunately, it’s not just one flight—it’s the air hub Amazon will be building right between Cincinnati and Kentucky. They need it to house their growing fleet of cargo planes (at least 40, according to reports). Expanding their shipping and logistics business will help take pressure off their shipping partners who are groaning under the weight of all those Amazon boxes.

Kickstarter of the week: SELFLY
It’s a smartphone case AND A CAMERA DRONE. No, for real. You unfold the drone and pop it out of the back of your case. Then, you can control the drone using your smartphone and it even has stable hovering, they say, to make it “like an invisible tripod.” For $99, you can one have of your very own by summer (I’m not even a fan of drones or selfies and I think this looks cool!).