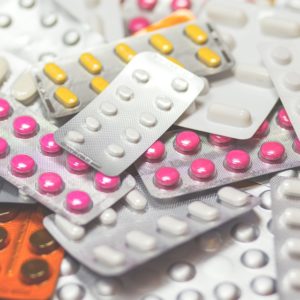 This week, the US Food and Drug Administration approved a pill that has a built-in digital tracking device. The Abilify MyCite system uses the pill’s tracking sensor to send a message to a patch worn near the patients left rib. This will allow doctors as well as up to four other individuals to track whether or not a medication has been taken through the MyCite App. This has the possibility to better control medications, but also brings up questions of privacy concerns.

Last week, Twitter expanded their character count to 280 characters, double the original limit. This change was controversial; some believe that the previous 140 character limit was necessary to keep Tweets short and concise, while other see the new limit as a way to better express your thoughts. We will have to wait and see if Twitter users are happy with the new comment expansion.

Taking the virtual assistant to the next level

Olie is a newly launched lamp, but with a few distinguishing features. This lamp has a built in digital assistant, like Alexa or the Google assistant, and a wireless charging dock. Olie is a project by InstruMMents that was launched from Indiegogo, the startup platform and it has surpassed its goal of raising $30,000. This makes me wonder, how many household items will become “smart” in the future?

Bose, the well-known speaker and headphone company is launching a new project and decided to use the start-up platform, Indiegogo to help gauge interest in the product.  However, they have received some criticism for using this platform since they are not a company with limited financial resources, like many on the site. This new product is the Noise Masking Sleepbuds, which are designed to help improve sleep for individuals by masking unwanted noise in the bedroom. This could be the solution for those who have trouble falling asleep in noisy environments.

The latest robot dog is here

Boston Dynamics has released a new and improved robot dog that is thankfully less frightening than earlier versions. The new Spotmini is much more appealing with its yellow polished body.  The Spotmini appears more life-like as it moves in a more fluid manner than the previous versions. The company has built this all-electric robot dog for homes and offices and they can move and respond to actions in real-world environments.

Arrivo, the company owned by a former engineer of SpaceX and Hyperloop One, has recently partnered with Colorado’s Department of Transportation. The company will be building a type of hyperloop in the city of Denver that will use a magnetized track parallel to the existing highways.  This new “super urban network” promises speeds of 200mph and will be able to have personal vehicles, cargo sleds, and specially designed vehicles that will also be able to travel on normal roads. The future of cars keeps getting more and more exciting!