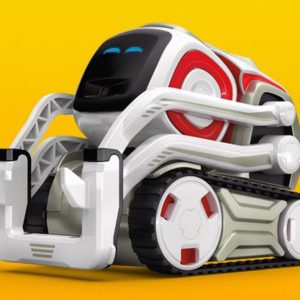 You’d better look for one of these WELL before the holidays
Anki, the maker of the race car toys you control using an app, is introducing a little robot that’s being likened to Pixar’s WALL-E. Named Cozmo, it’s cute, it’s loaded with cutting-edge AI, and is sure to be the hottest tech toy this fall. If you watch the video below and think, “WANT!” know that you can pre-order one now (but it will cost you $180).

Get a smartphone on the cheap
You can, as long as you’re an Amazon Prime member and are willing to agree to seeing ads on your phone’s lockscreen. That’s the deal Amazon is now offering two different budget smartphones—a Blu R1 HD and a Lenovo Moto G4—for great prices ($50, and $150 respectively), but you’ve to accept seeing personalized ads on the lockscreens. 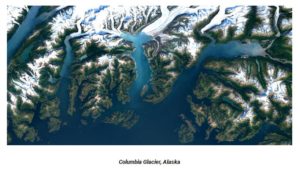 Stop and smell the new satellite imagery
Google Maps unveiled two big changes this week. First, they showed off the fresh imagery of Earth from the Landsat 8 satellite. They took the best, clearest shots and stitched them together for a “cloud-free and seamless image.” Then, just yesterday, they unveiled two new features for Android users (coming soon on iOS): multi-stop directions and location history. With multi-stop you can easily add a stop while you’re in route. With location history, you can add notes to Your Timeline to record what you did while we were on vacation. Image: Google

New Facebook Slideshow a handy, yet stalkery feature
You don’t have to do a thing. Per Mashable: “With Slideshow, your Facebook app will sync with your phone’s photo and video libraries and know when you’ve taken five or more photos or videos in the last 24 hours. Facebook will gather these media into a slideshow and create a preview of it at the top of your News Feed.” Maybe it’s just me, but I find this both cool and creepy.

Stickers come to Twitter
In the coming weeks you’ll be able to add stickers to your uploaded photos on Twitter. (IMO this screams, “We’re trying to keep up with Snapchat!” but maybe it’s just me.) Oh, but here’s the unique Twitter twist: they’re not just regular stickers—you can search for them like a hashtag.

It’s time to give up your Paper
The Facebook Paper app, anyway. If you haven’t opened it in the last 24 hours, you’ve missed the message that the alternative Facebook/newsreader app shuts down on July 29. The app has already been removed from the app store.

Kickstarter of the week: Bagel—the world’s smartest tape measure
This falls into the category of “shut up and take my money” in my world. If you’ve even been annoyed by a tape measure, like ever, you might feel the same way. It has three different modes, it has a light up display, you can measure things from afar, and it will record distances in an app and you can use your voice to “label” each measurement—seriously, this thing looks sexy as heck. The cheapest backing levels are gone, but you can still get one for $69.

Timelapse Photoshop recreations the best time you’ll spend today
Okay, they might not be the best use of your time, but you’ll be happy you did. They’re ads for Adobe Creative Cloud, but man, are they awesome. You see digital artists recreate famous lost works of art using nothing but their skillz and stock photography. They’re amazeballs. A totally fun way to spend a few minutes on a Friday.

The Ticketmaster Lawsuit You May Benefit From
Cheap Tunes Tuesday: Audioslave