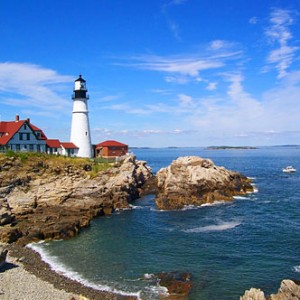 On June 28, contractors from four telecom construction companies received details to bid on three broadband Internet expansion projects in Maine. TDS Telecommunications Corp. (TDS®) hosted the pre-bid meeting to outline the projects. Bids are due to TDS by July 19, 2012.

Once complete, approximately 2,500 customers in Maine will have access to a high-speed Internet connection. This includes people living in the following areas:

TDS has received funding, in part, for 44 projects from the American Reinvestment and Recovery Act via the United States Department of Agriculture’s (USDA) Rural Utilities Service (RUS). In total, TDS is receiving funding from the RUS that will lead to 27,000 more households gaining access to broadband Internet services by the end of 2013. Today marks TDS’ final stimulus pre-bid meeting.

Currently, TDS offers Internet service to more than 93 percent of their customers nationwide. The remaining seven percent live in mostly rural areas where distance and topography issues push the limits of technology. According to TDS, these issues make it very difficult to develop a solid business case to expand broadband services. The ARRA funds make it possible for companies, like TDS, to expand their networks and deliver services to people currently without access to a reliable high-speed Internet connection.

“The pre-bid meeting is a critical piece to getting this network built,” says Larry Boehm, director of Network Implementation and Optimization for TDS. “We outlined the project and the timelines. Now, contractors have a chance to submit their bid and demonstrate they can meet the project expectations on deadline. We’re looking to hire the firms quickly so construction can get underway very soon. Our customers are ready and waiting for access to high-speed Internet service.”

In February 2009, Congress passed the American Recovery and Reinvestment Act of 2009; it was signed by President Obama shortly after passage. In August 2009, TDS submitted 13 applications for broadband funding. In December 2009 and January 2010, TDS was awarded two grants totaling $12.5 million from the RUS (one of the two federal agencies administering the federal broadband stimulus program) to expand broadband access in Chatham, Mich. and Butler, Ala.

In March 2010, TDS submitted 46 applications for round two funding consideration. In August, TDS was awarded 42 grants (including the four Ind. projects and the Mich. project) bringing the company’s total awards to 44 and nearly $136 million to expand high-speed Internet services in 20 states. Engineering firms were selected and announced in February 2011, and now pre-bid meetings are taking place. Construction on many sites will begin this spring. Most networks will be completed in 2012 and the remaining in 2013.

TDS Telecommunications Corp. (TDS®) is the seventh largest telecom provider in the U.S. For more than 40 years, the company has been connecting people with high-speed Internet, phone, and TV entertainment services in hundreds of rural, suburban, and metropolitan communities across 31 states. Today, TDS has more than 1.1 million equivalent access lines in service and 2,700 employees. Business customers select from the latest technologies, including: VoIP (managedIP) phone service, dedicated Internet, data networking, and hosted-managed services. Visit www.tdstelecom.com or www.tdsbusiness.com for more information.