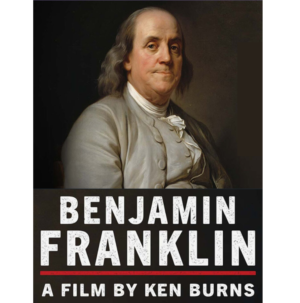 Ken Burns—who has done highly regarded films about Muhammad Ali, Hemmingway, Jackie Robinson, and many more—is back with a four-hour documentary on Benjamin Franklin. The two-episode series explores the revolutionary life of one of the 18th century’s most influential figures, whose work and words unlocked the mystery of electricity, helped craft the Declaration of Independence, and win French support for the American Revolution.

Benjamin Franklin starts Monday, April 4, 7 p.m., CT., on PBS. Check your channel guide for PBS. If you miss the broadcast, PBS will be re-airing the show on selected stations.

No fooling! You get a free month of World Fishing Network
Cheap Tunes Tuesday: Silk Sonic