1. The speed. And did we mention speed, and also speed? Internet over fiber is noticeably and measurably faster. Check out these speeds: 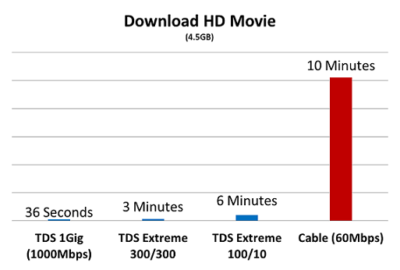 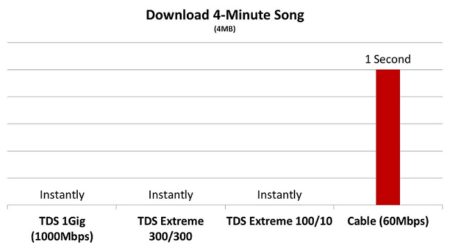 The added bonus? TDS’ 100Mbps and 300Mbps services have the same download and upload speed so you can easily share photos, videos, work from home, and do online gaming without a second thought (or a second wasted). 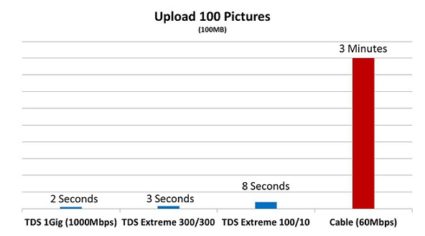 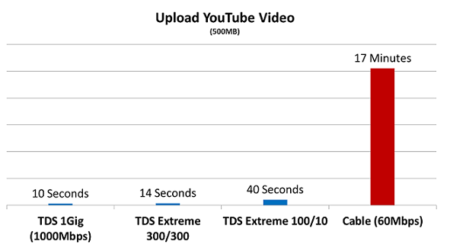 Now, the times listed above are for illustrative purposes only, but we did get out our calculators to run the numbers. Speeds may vary at your own house—but really, you get what we’re saying here. It’s FAST.

2. The bandwidth. On fiber, slow or lagging internet becomes a thing of the past. Light is efficient, so fiber cables can carry loads of information—thousands of times more than copper wire (and, quickly!). This also means you shouldn’t notice any slowdowns when your neighbors are on the internet too.

This means your online experience will feel more like this: 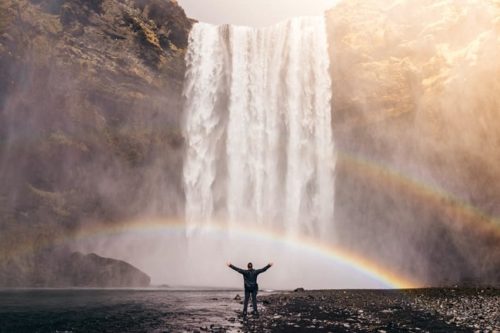 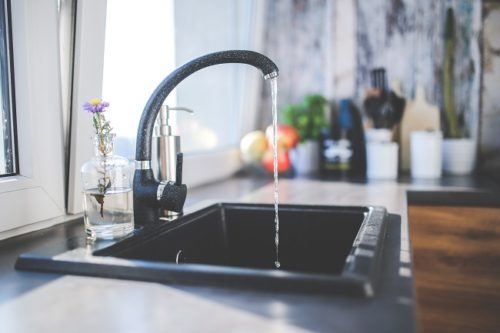 3. It’s reliable. If you want a safe bet for service that works, put your money on fiber-optic technology. Sure, the fibers are made of glass, but don’t let that fool you—it’s tough stuff. It’s pretty much immune to interference, plus it won’t falter under harsh weather conditions. Even more, fiber cables are also less likely to kink or snap because of these three fun facts:

4. It’s more secure. With fiber, it’s nearly impossible for a hacker to physically tap into the lines to sneak into a network without getting caught. A would-be information thief would have to cut the line, causing an immediate (and telling) interruption in service. Cut lines can also be found relatively quickly, since they leak visible light. 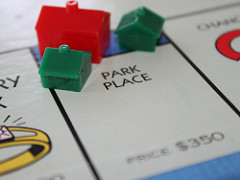 4. Your home value may jump. A recent study found that fiber to the home may increase a home’s value by up to 3.1 percent! For the typical home, this is a jump of almost $6,000 or “roughly equivalent to adding a fireplace, [or] half of a bathroom” and no messy remodeling is required. (Image: Philip Taylor)

5. It’s future proof. The difference between copper and fiber has been likened to the difference between the telegraph and the telephone —in other words, monumental. Fiber easily carries the internet, phone and TV services of today with room to spare for what’s to come.

How to simplify your life
TDS TV customers: Stream music anywhere for FREE