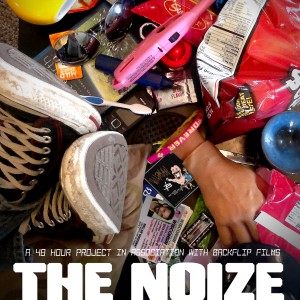 Can’t be done, you say? Won’t be any good, right? With the right team, there is no telling what you can do in 48 hours—which includes making a great movie! I recently completed my 3rd 48 Hour Film contest with Firmament Films, the film production company I am part of. The contest is held annually in over 120 cities around the world, including Madison, Wisconsin.

The 48 Hour Film contest tasks filmmakers to create a movie in 48 hours. The contest is held over a weekend and on Friday, teams receive a genre, character name, a line of dialogue and a prop that must be used in the film. They write, create, edit and submit the movie on Sunday, 48 hours after they received the assignment. In the end, teams turn in 4-8 minute movie.

This past year Firmament Films won the 48 Hour Film Contest for Madison (2 years in a row)! Winning means our film is shown at the International 48 Hour Film Festival, this year held in New Orleans. The top 15 films shown there move on to the Cannes Film Festival in France.

As a group, the Firmament Films team has learned a lot these past 5 years, about working together to complete a project effectively and many of these lessons can be applied to almost any task or project you might take on.

As part of the training team at TDS Telecom, I see many parallels between the work on the film and working in projects at TDS. Success in both is made easier by people on the team remembering some of the lessons we’ve learned:

Plan, Plan, Plan
Without solid planning, we wouldn’t have achieved the success we have. Let’s think about making a movie. You need:

• actors
• a camera
• lights
• an editor
• writers
• sound person
• director
• set designer
• costumes
• make-up
• production assistants
• … and so many other roles, I can’t even write them all out (just watch all of the credits sometime! It’s amazing how many people it takes to make a movie).

So, a small group of people could take on multiple roles and still make a great movie. It simply takes more planning to figure out who does what. Does the director also design the set? Do actors create their own wardrobe? And, what about food? With great planning, you are more prepared for the unexpected, the delays, and the changes that always happen—on the movie set, and in any project.

Be Prepared
We were lucky to have a large team, so most of us only had 1-2 different roles. This year, I co-wrote and directed the movie. The producer had a spreadsheet that defined what role each person would have for this movie; he had it all the way down the 4th role someone could possibly have. Why so detailed? He was prepared in case someone had to cancel last minute or had to be pulled into another role unexpectedly. In other words, he was prepared. This relates back to having a strong plan going into the weekend, but also contingency planning – what do you do if your plan doesn’t work as expected (as sometimes happens in life, and in movie making).

Trust your Role
By defining the roles, it helped keep everyone on task for what they had to do. I knew I was going to be busy right away writing. Others could rest, sort though the costumes or start preparing a set. The important thing is that we didn’t try to do more than we should. We had to trust each other to do the tasks they were assigned. If we didn’t have trust in each other’s abilities, we never would have completed the film on time. I’ve found I now try to apply this same concept to my work at TDS, and it’s really helped me be more efficient/effective/reduce my stress and focus on my job.

Collaboration is Key
Trust is very important when you collaborate with any one on a project. You need to know that everyone has the same goal and will do their job in order to get it done. And if help is needed, everyone needs to feel supported by the others on the team. If you’re not focused on the team, it will be a very difficult project to complete.

Does all of this really work? It sure does, and I’ve got proof! Here’s the link to our latest, and winning, film: The Noize (or How A Bunch of Stupid People Ruined My Stupid Day)

In future posts, I hope to share more about the different tools or roles in movie making. If you have any questions about the movies, please me know in the comments!

A hands-on approach to TDS TV
Tips for starting a household budget (and how to stick to it!)