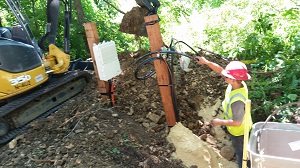 Construction has started to expand and improve broadband to nearly 1,700 locations in the Oakman and Walker County area. TDS Telecom (TDS®) began work in March. Work is expected to be completed by mid-year, with improvements ready by year-end 2018.

The Federal Communications Commission (FCC) allocated an average of $3.8 million a year for the next 10 years to reach residents in some of the hardest to serve areas in Alabama. The funding will also be used to maintain a voice and broadband network as well as building out to these locations. The FCC’s Alternative Connect America Cost Model (A-CAM) will provide funding to 1,700 locations in west central Walker County with hundreds of customers to receive benefits from the network upgrade work.

Alabama residents can visit the TDS website (https://tdstelecom.com/networkupgrades.html) to find out how this federal program may impact their location.

Depending on location, most TDS customers in eligible rural areas will receive guaranteed broadband speeds of 25Mbps download and 3 Mbps upload (25/3). Under the agreement with the FCC, the remaining customers will receive broadband service at lower speeds of 10/1 and 4/1Mbps. “We are excited to start work on this project to move faster connections to customers in the Oakman and Walker County area,” said James Meade, manager – State Government Affairs at TDS.

TDS has been doing business in Alabama since 1974 and owns three telephone companies in the state. TDS employs about 25 people in Alabama.