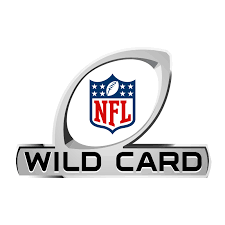 The NFL playoff field is officially set, and after Wild Card Weekend, there will only be eight teams left vying for the right to call themselves Super Bowl champions.  Here’s a preview of this weekend’s contests and where you can go to watch the games using your TDS login credentials.

Saturday, Jan. 4, 2019
Buffalo Bills (No. 5) @ Houston Texans (No. 4) – 3:35 p.m. CST
The Buffalo Bills have been one of the most surprising teams in the league this season, mostly due to their elite, talented defense and ability to run the ball effectively with both running backs and quarterback Josh Allen. The defense will need to show up against the Texans, as the squad has one of the best passing games in the NFL with former Clemson Tiger quarterback Deshaun Watson at the helm.

Tennessee Titans (No. 6) @ New England Patriots (No. 3) – 7:15 p.m. CST
Despite making the playoffs each of the past 11 seasons, the New England Patriots haven’t played in the Wild Card round since 2009. While they haven’t looked like the unstoppable force of years past, the Pats are simply a different animal in the postseason, and anything is possible with head coach Bill Belichick, quarterback Tom Brady, and perhaps the best defense in the NFL. The Tennessee Titans will likely ride Derrick Henry, the NFL leader in rushing yards, on offense—but they will need quarterback Ryan Tannehill to make some big throws if they are to dethrone the defending Super Bowl Champions.

Sunday, Jan. 5, 2019
Minnesota Vikings (No. 6) @ New Orleans Saints (No. 3) – 12:05 p.m. CST
Due to their ability to seemingly run and pass the ball with ease, the New Orleans Saints are perhaps the most dangerous team playing in the first weekend of the playoffs. While the Vikings have definitely cooled off the past couple of weeks, they still have a shot at a huge upset. They need to keep the Saints’ potent offense off the field by playing great defense and by eating the clock with the return of star running back Dalvin Cook. In order for the Vikings to be successful, Quarterback Kirk Cousins must also return to the high level of play he exhibited during middle of the season.

Seattle Seahawks (No. 5) @ Philadelphia Eagles (No. 4) – 3:40 p.m. CST
Few (if any) teams have dealt with as many injuries down the stretch as both the Seattle Seahawks and the Philadelphia Eagles. While Seattle (11-5) finished with a better record than Philadelphia (9-7), the fact that they lost three of their final four games ensured their road trip back to Philly for a week 12 matchup—which the Seahawks won by a score of 17-9. Both teams have franchise quarterbacks and a propensity to run the ball—making this rematch extremely interesting.