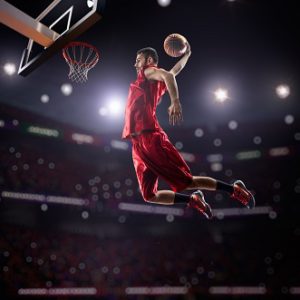 How to watch all of the March Madness on TDS TV

Have you caught March Madness fever? The tournament tipped off yesterday to find out who is the best team in college basketball. Throughout this 68-team, single-elimination tournament, there’s the excitement of the underdog victories and the agony of losing and going home earlier than planned.

The National Championship game will be on Monday, April 8 on CBS and you’ve got lots of games to watch until then!

Watch on your TV or via TV Everywhere

The 2019 March Madness games will be broadcast on CBS, TBS, TNT and TruTV.

Like last year, TDS TV subscribers can stream games live via TV Everywhere! There is one website where users can access all games on CBS, TBS, TNT, and truTV at http://www.ncaa.com/march-madness-live. Select your TV subscriber in the upper right corner and then log in using your TDS username and password.

Games broadcast on TBS (channel 102 SD/1102 HD), TNT (channel 100 SD/1100HD) and TruTV (channel 130 SD/1130 HD) are available to customers who have these channels as part of their programming packages. This content can be viewed via desktop, iOS, Android, and Windows 8 phone, and tablet apps.

Live streaming of the games can be found at: https://www.ncaa.com/march-madness-live/watch. Customers will have to authenticate with their TDS email and password.

Here are the all-important dates for your calendars:

Note: You have until March 21 to lock in your bracket if you’re playing the NCAA Bracket Challenge, so get picking!