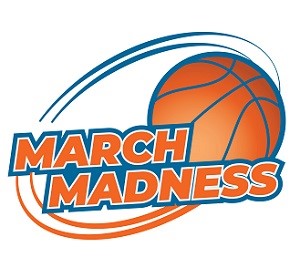 March Madness is back!

Hoops fans, rejoice! While it feels like a lifetime ago that Tony Bennett’s Virginia squad defeated Texas Tech in the 2019 NCAA Basketball Tournament, the greatest month-long spectacle in sports—March Madness—is returning soon.

This year, Hoosier fans will have a front row seat for the tournament. To limit traveling and exposure to COVID-19, the entire tournament will be played exclusively in the state of Indiana, with the majority of the 67 games being played in the city of Indianapolis at 25 percent capacity. Ball State University, Butler University, the Horizon League, Indiana University, IUPUI, and Purdue University are lending their staff and facilities to host the tournament.

The days for this year’s tournament will also be different from years past.

*Note: all times are Central

Is your team making the big dance?

There are two ways to qualify for the NCAA tournament. The first is an automatic qualifier by winning the conference tournament and the second is earning a bid based on regular season accomplishments and analytics determined by the selection committee on Selection Sunday. For the dates of your team’s conference tournament this week, check out this schedule.

Need hoops on the go?

Using the NCAA March Madness Live app, you will be able to live stream every game following Selection Sunday. While every game broadcast on CBS will be free to stream for the entire tournament, plug in your TDS credentials into the app for all other games following a free three-hour preview!