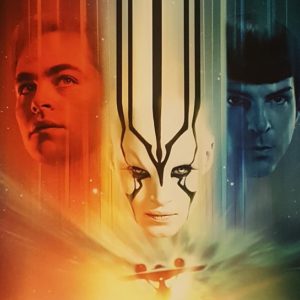 Halloween is almost upon us. We’ve got a host of horror of films on TDS TV on Demand, plus your guide to lots more fright flicks for the upcoming week. And don’t miss out on some great on demand options, including the latest “Star Trek” movie, as well as the quirky drama/comedy “Captain Fantastic” and the raunchy “Bad Moms.”

Lights Out
Tense horror film about a supernatural entity that lives in the shadows. The film effectively taps into childhood fears. The film lacks the explicit gore of many horror films, but compensates with lots and lots of scares. Available October 25.

Captain Fantastic
Refreshing, slightly odd, but immensely entertaining, “Captain Fantastic” tells the story of a large family living off the grid in the mountains of Washington state. Viggo Moretensen shines as a complex father who is forced to bring his six children into contact with the outside world with the death of his wife. Available October 25.

Bad Moms
Three overworked mothers (Kristen Bell, Mila Kunis and Kathryn Hahn) throw off the shackles of family life for a stint at debauchery. “Bad Moms” proves that the girls can get as dirty as the boys, and it’s a pretty wild and entertaining journey (but definitely not for the kids). Available November 1.

Star Trek Beyond
The latest Trek film offers an immensely entertaining ride. A ruthless new enemy threatens to destroy everything the Federation stands for—unless Jim Kirk and the crew of the Enterprise can stop him. The film nicely balances the large cast, including an outstanding addition in actress Sofia Boutella, who plays an alien that assists the crew. Available November 1.

Anthropoid
This excellent WWII thriller tells the tale of Operation Anthropoid, a mission to assassinate Nazi SS General Reinhard Heydrich by the Czech resistance. The film, which stars Jamie Dornan and Cillian Muprhy, takes a little while to get going, but builds to a gripping finale. Available November 1.

Nine Lives
Kevin Spacey plays a billionaire who gets trapped in the body of a cat. A nice cast, including Spacey, Jennifer Garner and Christopher Walken, are saddled with an unimaginative script, making “Nine Lives” strictly for the kiddies. Available November 1.

Looking for other Halloween offerings? TDS TV on Demand offers a bunch of other horror films to satisfy your fright needs, including: “Within,” “Ghostbusters,” “The Purge: Election Year,” “The Shallows” and “The Conjuring 2”.

13 Nights of Halloween
Looking for a steady stream of Halloween films for the whole family? Freeform is running films every day through Halloween. “Adam’s Family Values,” “Scooby-Doo,” “Halloweentown,” “Dark Shadows,” “Sleepy Hollow,” “Sorcerer’s Apprentice,” “The Goonies,” “Hocus Locus,” “The Nightmare Before Christmas” and many others. October 24 through October 31 on Freeform.

Man With A Plan
Matt LeBlanc returns to network TV in this sitcom about a contractor who has to become more involved with his three children when his wife gets back into the workforce. Series debuts on Monday, October 24, on CBS.

The Great Indoors
Joel McHale (from “Community”) stars as a rugged adventure writer who is forced to manage his magazine’s social media department (and the wacky millennials who populate the department). It’s an engaging generational comedy highlighted by veterans McHale and Stephen Fry. Tuesday, October 25, CBS.

2016 World Series
The Fall Classic gets underway as the Cleveland Indians and the Chicago Cubs battle off. This year’s affair features two long suffering teams – the Indians haven’t won a title since 1948 and the Cubs since 1908. Series begins Tuesday, October 25, Fox.

The Goldbergs
Adam’s love of Stephen King inspires him to write a horror story. “The Goldbergs” continues to mine the inner 1980s inner geek culture for maximum laughs. Wednesday, October 26, ABC.

The Living and the Dead
Six-part Victorian horror series about man and his wife who encounter supernatural forces in rural England. Thursday, October 27, BBC America.

Tracey Ullman’s Show
The immensely talented Tracey Ullman returns to TV with the six-episode sketch series. Ullman’s new show steeps itself in its Britishness, which should please fans of the comedy legend. Friday, October 28, HBO

Cult favorite “Ash vs. Evil Dead” has been renewed for season three.

TV legend Carol Burnett is returning to the tube in a new comedy, which will also star Amy Poehler. The untitled show is about a woman (Poehler) who agrees to buy an upscale house she normally couldn’t afford—but must let an aging actress (Burnett) reside in the home until she dies.

“American Crime Story” has been renewed for a 3rd season by FX. Season three will focus on the murder of designer Gianni Versace.

“The Walking Dead” just won’t die. AMC has renewed the show for an 8th season just ahead of the season seven debut.

Amazon has renewed “Bosch” for a 4th season.

CBS will produce a 13-episode thriller titled “Salvation.” The show deals with an MIT grad student who discovers that an asteroid is just six months away from striking the earth. Watch for “Salvation” next summer.