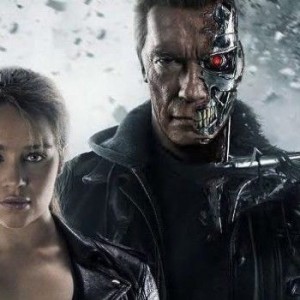 This Week on TV: Arnold is back in “Terminator Genisys”

TDS TV on Demand offers a strong cast of films that should satisfy any movie lover. Sci-fi fans can rejoice due to the return of Arnold Schwarzenegger to the “Terminator” franchise, while “Mr. Holmes,” “The Man From U.N.C.L.E.” and “Trainwreck” offer up action, thrills, mystery, drama and laughs.

Terminator Genisys
The timeline goes amiss when John Connor sends Reese back to the 1980s to protect his mother, Sarah. Reese has to ally himself with the famed Terminator (Arnold Schwarzenegger) to reset the future. A confusing storyline is kept afloat by good effects, electrifying action sequences and a good cast. Available November 10.

Self/Less
Intriguing thriller about a dying billionaire (Ben Kingsley) who hires a secret company to transfer his consciousness into the body of a healthy young man (Ryan Reynolds). While the initial process appears to go well, mysteries arise when the man looks into the past of the body he now inhabits. Effective mix of sci-fi and action. Available November 10. 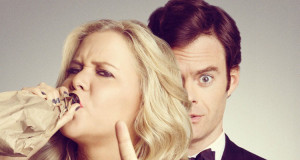 We are your Friends
Entertaining romantic drama with lots of eye candy for the boys and the girls. Zac Efron plays an up-and-coming music DJ who falls for his mentor’s girlfriend (Emily Ratajkowski). Entertaining look at the Hollywood club scene highlighted by pulsating electronic music. Available November 17. 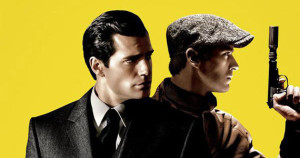 The Man from U.N.C.L.E.
This big screen adaptation for the 60s television series features everything you would expect – attractive cast, imaginative action scenes and a good story. Leads Henry Cavill and Armie Hammer, as CIA agent Napoleon Solo and KGB agent Illya Kuryakin, do a first-rate job. Available November 17.

Mississippi Grind
A pair of poker players (Ben Mendelsohn and Ryan Reynolds) go on a road trip to the south to try and change their luck. The film, which features some great local atmosphere, is funny and sweet as well as painfully honest. Available now.

Trash
Gritty Brazilian crime drama about three kids who make a discovery at a garbage dump that puts them in conflict with the corrupt local police. The film shines when focusing on the camaraderie of the three boys. Available now.

Fresh Off the Boat
If you haven’t been watching this comedy, get on board. “Fresh Off the Boat,” the story about a Taiwanese family who come to America in the 1990s, is hilarious. Tuesday, November 10, ABC.

2 Broke Girls
Most of the fall season has already kicked off, but Max and Caroline begin season five trying to save their business from destruction. Thursday, November 12, CBS.

w/Bob and David
Looking for laughs? Go no further than this sketch comedy from the minds of David Cross and Bob Odenkirk. Only five episodes, but all of them drop on Friday, November 13, on Netflix.

U2 Innocence + Experience Live in Paris
Enjoy this new concert extravaganza from one of the world’s biggest bands. The high tech show promises a large helping of U2’s greatest hits from Bercy Arena in France. Saturday, November 14, HBO. 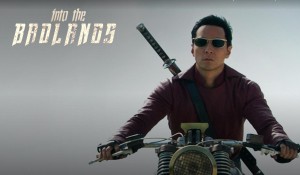 Into the Badlands
AMC introduces another post-apocolyptic series, this one headlined by Hong Kong martial arts star Daniel Wu. Although set far in the future, it feels more like a gothic western. The action is outstanding and the story compelling. “Into the Badlands” is one of the most exciting new shows of the year. Sunday, November 15, AMC.

The Man in the High Castle
What if Germany and Japan had won World War II? That’s the premise of this fascinating new thriller, which is an adaptation of the classic Phillip K. Dick novel of the same name. Friday, November 20, Amazon. 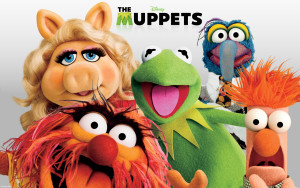 “The Muppets” will go into hiatus this winter and undergo a reboot after a lackluster first season. The show will return in the spring with six new episodes as a reconfigured production team tries to improve the show’s content and performance.

Starz has already renewed “Ash Vs Evil Dead” for a second season.

“Z Nation” has been renewed by SyFy for a third season.

Amazon is developing an adaptation of F. Scott Fitzgerald’s novel “The Last Tycoon.” The series follows a young film executive as he navigates 1930s Hollywood.

“Amercia’s Next Top Model” will wrap at The CW on December 4, completing its 22nd cycle. However, the show’s producers are reportedly looking to reboot the series on cable or via a streaming service such as Netflix.

2 Broke Girls, Amercia's Next Top Model, Ash vs. Evil Dead, Fresh Off the Boat, Hunting Hitler, Into the Badlands, Mississippi Grind, Mr. Holmes, Self/Less, Terminator Genisys, The Last Tycoon, The Man from U.N.C.L.E., The Man in the High Castle, The Muppets, Trainwreck, Trash, U2 Innocence + Experience Live in Paris, w/Bob and David, We are your Friends, Z Nation