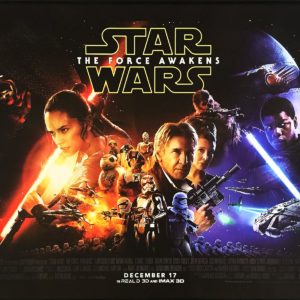 There are lots of movies and television programs to catch over the next couple of weeks, but none of them can compare to power of The Force. The blockbuster film of 2015, “Star Wars: The Force Awakens” headlines the host of new films coming to TDS TV on Demand.

Star Wars: The Force Awakens
One of the most enduring and beloved film franchises returns with one of the most enjoyable films of recent years. The plot is a rough remake of the original “Star Wars,” but “The Force Awakens” crackles with excitement, action and thrills galore. The film brings us back some of our favorite characters (Han Solo, Princess Leia) and introduces several new ones, including newcomers Daisy Ridley and John Boyega. Available May 4.

Krampus
Horror movies and Christmas – what could go better together! A disillusioned young boy accidentally unleashes Krampus – an ancient demon that punishes those who are bad at Christmas. “Krampus” effectively blends horror and comedy to make for a good time. Available April 26.

Ride Along 2
“Ride Along 2” is mostly critic proof. This sequel is more of the same, so if you enjoy Kevin Hart and Ice Cube bantering back and forth you should saddle up for the ride. Available April 26.

Jane Got a Gun
Natalie Portman stars in this western as a woman who must defend herself from a sadistic gang who threaten her and her home. It’s a good period piece, but not terribly original. The excellent cast includes Joel Egerton and Ewan McGregor. Available April 26.

Son of Saul
Gut wrenching Holocaust drama about an Auschwitz prisoner who tries to bury the body of a boy who he believes to be his son. Be warned: “Son of Saul” is an excellent film, but it is also grim and violent, and thus not for everyone. In Hungarian with English subtitles. Available April 26. 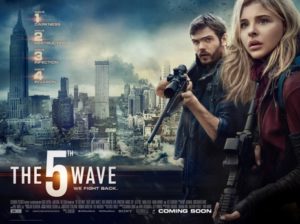 The 5th Wave
Passable sci-fi film about an alien invasion of earth. Based on the Young Adult novel of the same name by Rick Yancey, “The 5th Wave” stars Chloë Grace Moritz as a teenage girl fighting survive the next alien attack that could wipe out humanity. Available May 3.

Joy
Jennifer Lawrence is a powerhouse as the film’s title character – a creative woman struggling to succeed in the world despite a dysfunctional family and her own doubts and flaws. “Joy” is slow at times and doesn’t quite inspire like it could have, but fans of Lawrence will want to check out her Oscar-nominated performance. Available May 3.

The Choice
“The Choice” is the latest Nicholas Sparks novel to be adapted to the big screen. Like the others before (such as “The Notebook”), the formula is intact – attractive leads, tears of sadness, tears of joy, romance and a bit of mystery. “The Choice” won’t win any awards, but if you are in the mood for a textbook romance, this is for you. Available May 3.

Remember
Simple and raw, “Remember” tells the story of an elderly Jewish man suffering from dementia (an excellent Christopher Plummer) who finds out the man responsible for murdering his family during the Holocaust is still alive and living in North America. What follows is an engrossing revenge tale with a brutal twist. Available May 3. 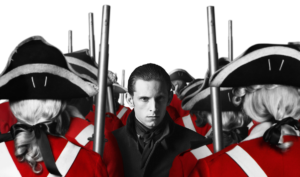 TURN: Washington’s Spies
History fans can rejoice with the return of “TURN: Washington’s Spies,” the story of America’s first spy ring. The show expertly blends action, thrills, suspense and drama. This year takes us toward one of the most notorious moments in American history – the defection of General Benedict Arnold. Season 3 debuts, Monday, April 25, on AMC.

Top Gear
Kick off a new season of the American version of the smash “Top Gear” with a double episode dose. Season premiere on Tuesday, April 26, on the History Channel.

Houdini & Doyle
Sherlock Holmes creator Arthur Conan Doyle teams up with legendary magician Harry Houdini to solve the crimes that the baffle the local police. It’s all done without too much pretense, making “Houdini & Doyle” a satisfying journey. Series debuts Monday, May 2, on Fox.

Grace and Frankie
Two woman (Lilly Tomlin and Jane Fonda) form an unlikely friendship after their husbands abandon them for each other. It’s a refreshingly honest and (surprisingly) funny show, highlighted by the wonderful veteran cast, which includes Sam Waterston and Martin Sheen. Season 2 drops Friday, May 6, on Netflix.

TNT is reviving the Crypt Keeper! The horror anthology “Tales from the Crypt” will return in 2017 with M. Night Shyamalan producing.

MTV has renewed “The Shannara Chronicles” for a 2nd season.

“Luther” star Idris Elba will headline the drama “Guerrilla” for Showtime. The six-part series will take place against the backdrop of the Black Power movement in the UK in the 1970s.

Mel Gibson is going to write and direct a new series titled “The Barbary Coast.” The series will star Kate Hudson and Kurt Russell, and will be set during the California Gold Rush in 1849. Gibson will reportedly have a reoccurring role in the series.

Michael Strahan is exiting “Live With Kelly and Michael” to join “Good Morning America” on a full-time basis.

Spike has ordered a 10-episdoe adaptation of Stephen King’s “The Mist.” Watch for it in 2017.

Big changes are in order for ABC’s “Castle.” Star Stana Katie (aka Beckett) will not return. The Beckett/Castle relationship has been the central element of the show since its inception, so it will be interesting to see where the “Castle” braintrust takes the series. One possibility is a more pronounced role for Molly Quinn, who plays Castle’s daughter.

“Fear the Walking Dead” will return for a 16-episode, 3rd season.

Season 2 of the acclaimed hacker drama “Mr. Robot” is set to debut on July 13 on USA.

HBO has officially renewed “Game of the Thrones” for a 7th season, “Veep” for a 6th year and “Silicon Valley” for a 4th season. Each show will produce 10 episodes.

How to get your friends and family to watch Game of Thrones
Cheap Tunes Tuesday: John Mayer