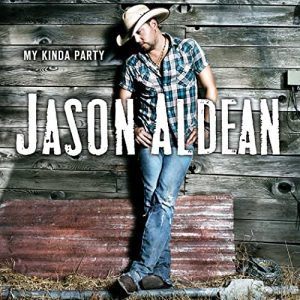 When I say horses, drinkin’, strife, hard-livin’, and America—one genre seems to instantly come to mind. But did you know not ALL country is solely about grieving your recently lost four-legged best friend? I didn’t either! Let’s dive into an artist that I recently caught up with, thanks to his work as a mentor on American Idol.

Jason Williams was born in Macon, Georgia on February 28, 1977. His parents separated at age three, which meant Jason was raised by his mom in Macon and spent his summers with his dad in Homestead, Florida. Before his dad went to work, he’d map out guitar chords on notebook paper to show Jason where to put his fingers and strum—leading to Jason practicing all day while he was gone. After work, they’d sit down each with their own guitars and play together. Eventually Jason could play a song simply after hearing it a few times. His early favorites belonged to guys like Hank Williams Jr., George Strait, and the band Alabama. Being encouraged by both parents to pursue music, Jason saw the CMA’s on TV at age 14 and decided he wanted to one day play on that stage. His mom got him a few gigs in Macon—and he started going by Jason Aldean, a change of the spelling of his actual middle name, Aldine.

After high school, Jason was with a band but moved to Nashville in 1998 to sign a contract. That offer ultimately didn’t work out, and in 2000 he was ready to return to Georgia. Luck (and talent) was on his side though. Shortly after his discouraging thoughts to go home, he got re-signed and it stuck. His debut record came out in 2005 and every album he dropped from then through 2014 (six in total) are minimum certified platinum in the U.S. Today however, I’m listening to My Kinda Party which hit shelves in November of 2010.

His fourth studio effort, Aldean named it after the tone and style his fans came to expect from his music. Although the name was an homage to his history, the album had a marked change in overall sound because Aldean recorded it with his touring band and an engineer who never worked with any other artists. The experiment paid off. Aldean was rewarded with a Grammy nomination for Best Country Album and, after five commercial single releases, the album debuted at No. 2 on the Billboard 200 and sold 200,000 copies the first week. It has sold over five million copies to date in the U.S. alone, making it Aldean’s best selling in his discography.

Critically, the album was viewed favorably by most. Many lauded the new style and sound and called it his strongest album to date. What’s probably most fascinating to me is the general feel of the record. Having never heard a single Aldean track before today, it was interesting to hear him give a little rap on a track or two, and seemingly combine all the country overtones I mentioned in the first paragraph of this blog with some hard rock riffs. I’m not sure I’ve ever heard a guy talk about his truck with a little Black Sabbath-y riff in the background—that was pretty cool. Then I come to find out that one single on this album, ‘Dirt Road Anthem,’ was remixed with one of my personal favorite rappers, Ludacris which me reeled in pretty quick.

Unfortunately, when Aldean was performing live in Las Vegas in October of 2017, someone began firing into the crowd from the 32nd floor of the Mandalay Bay Resort. While Aldean safely got off stage, 58 people were killed and 867 were injured during the incident. While he’s continued to tour and release music since that tragedy, he’s admitted to being shaken up and having anxiety about performing—which is obviously understandable. I give him a lot of credit for staying the course and continuing to entertain his legions of fans with his music. And he seemed to be a solid mentor on Idol, paving the way for the next group of young talented musicians. Give Aldean a try today, he just might be your kinda party too! Happy Tuesday!

New channels now on TDS TV and TDS TV+
Call before you dig!