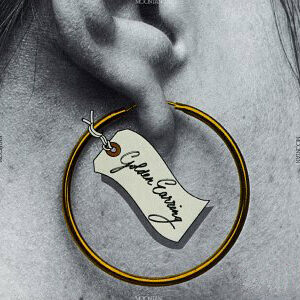 By Austin Krueger on November 2, 2021 in Online Life

Guilty pleasure admission: I love a good, lengthy tune. And when I say long—I’m talking five minutes plus. In fact, I have an entire playlist of songs (83 in total) that is over nine hours long. That’s an average of 6.5 minutes per track and each is better than the last. Today’s featured act has a song on said playlist, and it’s a personal favorite of mine.

We’re traveling back to 1961 Netherlands, specifically The Hague. A 13-year-old George Kooymans and his 15-year-old neighbor Rinus Gerritsen formed a band called the Tornados—which eventually become the Golden Earrings when it was learned the previous name was taken. The name originated from the title of an instrumental song by a British group called the Hunters. It took until 1965, but the Golden Earrings would have charting success with their debut single titled “Please Go”.

Dissatisfied with the Dutch recording studios, the band and their manager decided to pack for London to record their second single, which saw similar success on the Dutch charts. Some groundwork was taking place behind the scenes to get radio play in the U.S., with music being leaked to east coast DJ’s. The Golden Earrings’ fifth self-titled studio album was the first to be released in the states, but it performed poorly despite becoming a hit in Europe.

Fast forward to 1969 when, after various lineup tweaks and now going by just Golden Earring, they felt ready to return to the studio and come up with an album primed for international success. Today we’re focused on their ninth studio album titled Moontan that hit shelves in July of 1973. The lead single “Radar Love” was thought to be the key behind breaking onto the charts worldwide. Their suspicions were confirmed, and the single took off. The song itself was No.10 on the charts causing the album as a whole to peak at No.12 on the Billboard pop album chart. It was so popular Golden Earring embarked on a major U.S. tour along side acts like Jimi Hendrix, Led Zeppelin and Eric Clapton. When the lead single was at the absolute peak, iconic groups like Kiss and Aerosmith were even opening for them—which is insane to type.

The album has sold about a million copies in the states, hardly a statement in terms of sales—but the staying power is undeniable. Radar Love is still played heavily on classic rock/prog rock stations and it paved the way for Golden Earring’s next massive single “Twilight Zone”, even though it would take nine more years to accomplish having a second charting single in the U.S.

Musically, you’d probably describe them as hard rock for the era, but it’s got a very different feel by modern standards. Progressive? Sure, it has some synth and keyboard in it. But a couple tracks from Moontan specifically have a bit of a folk/blues feel too. Q Magazine called it the 32nd best cosmic rock album of all time and it was voted as the 9th best Dutch album by Oor magazine in 2008. With an average run time of nearly seven minutes per track, this type of music certainly isn’t going to be for everyone, least of which would be mainstream radio (the song must be one in a million to see real radio success at that length). And that speaks volumes of Radar Love—coming in at six and a half minutes. The vocals are great, the backdrop beat is toe-tapping and the out-of-left-field instrumental break in the middle is flawless. It’s a track you should listen to, and I probably will daily for the next couple weeks.

Gerritsen and Kooymans decided in February of 2021 to hang it up, due to the latter having a serious illness. It’s amazing Golden Earring in various iterations, lasted sixty years in the business, and they probably haven’t gotten the credit they deserve. Because of that, give this one a shot today. If you’re lonely and you’re sure you’ve had enough, find some comfort coming in from Golden Earring. Happy Tuesday!

A+E Networks Free Previews Coming in November
FTC: This open season, is that really the health insurance you’re looking for?