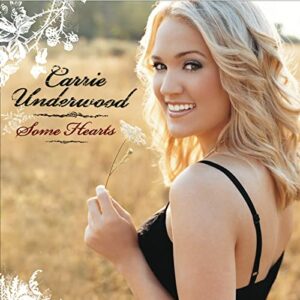 With the return of the popular show American Idol last Sunday, sometimes it’s interesting to revisit past contestants and check how they’re doing now. There is one artist that unquestionably has had the biggest launch from the show.

Carrie Underwood was born in March of 1983 in Muskogee, Oklahoma. She was raised on her parents’ farm in the nearby rural town of Checotah. Her dad worked at the paper mill and her mom taught elementary school. In her youth, Carrie performed at her local church and was no stranger to the talent show circuit. She got noticed enough by the townspeople that she’d end up showcasing her vocals for local events in the city. It was commonplace to hear Carrie’s young voice at the Lions Club or the holiday parades. A local admirer arranged for her to go to Nashville when she was 14 years old to audition for Capitol Records. In 1996, they were preparing a contract for Carrie but cancelled it when management was turned over.

In mid-2004, Carrie auditioned for Idol in St. Louis, Missouri. Famed critic Simon Cowell commented that she would be one of the favorites to win it all. During the top 11 finalists show, he reiterated that she’d not only win, but outsell all previous winners. He was right. She would go on to dominate the voting each week and won season four. Her bounty was a million-dollar record deal, a private jet for a year, and a Ford Mustang convertible. Her debut album was released in November of 2005 titled Some Hearts.

Bolstered by the success of two pre-released singles, sales were fast and furious. Carrie would have the best-selling female country album of 2005, 2006 and 2007 with this effort, which has sold nearly twenty million copies worldwide to date. The album debuted at No. 2 on the Billboard 200 and stood its ground for well over a year. In December of 2006, the album rose back up to No. 4 and sold another 300k copies. Critically the album was very positive. It was referred to as an “anthemic country pop album, ideal for either country or adult contemporary radio.” Based on sales alone, I think that description is pretty apt.

While it’s not far-fetched to say this album is about as far from my wheelhouse as possible, I don’t have to be a lifelong fan to understand the popularity. Various singles on this album could fit on about 50 different stations on satellite radio, playing easily on contemporary pop stations, country standards, as well as any religious channel. The single “Jesus, Take The Wheel” sticks out there, and likely led to some serious sales from the Christian music fans.

Carrie couldn’t have done a better job of capitalizing on the success she got from the show. Many of these contestants don’t have their plans together post win, and they get forgotten. Carrie hit the world in the face with a world-class album and a solo tour, something almost unheard of for a new, young artist. From April to November of 2006 she toured the U.S. and Canada, selling millions of tickets.

From then to now, she’s put out six more albums, becoming one of the best-selling artists of modern music history. Carrie has also dabbled in acting, guest starring as herself in many different roles. She even is the voice of NBC’s Sunday Night Football, exposing her to a whole new fan base of football fanatics. With a new record due out this year, Carrie’s star is nowhere near fading. Happy Tuesday!