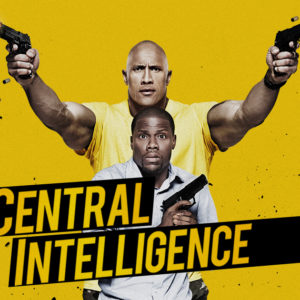 Some of the year’s biggest box office smashes are coming to TDS TV on Demand in the next couple of weeks. Sci-fi/fantasy fans will enjoy the latest “X-Men” film as well as “Warcraft.” Comedy and action aficionados should get a charge out of “Central Intelligence” and the most recent “Purge” flick.

Central Intelligence
Dwayne “The Rock” Johnson and Kevin Hart star in this formulamatic – but wonderfully entertaining – buddy comedy. An accountant (Hart) gets caught in the world of international espionage when he reconnects with an old classmate (Johnson) who happens to be in the CIA. The two leads display great chemistry, making this one of the year’s most enjoyable rides. Available September 27.

The Shallows
Blake Lively stars as a surfer attacked – and then trapped and hunted – by a great white shark. “The Shallows” is an unnerving slow burn of a thriller that keeps you on the edge of your seat – and occasionally jumping off of it. Available September 27.

Mike and Dave Need Wedding Dates
Two hard-partying brothers (Zach Efron and Adam Devine) place an online ad to find their perfect dates for an upcoming wedding – only to find themselves out-partied by their supposed dream dates (Anna Kendrick and Aubrey Plaza). It’s a wild, raunchy flick that proves the girls can be just as a lewd and crude as the boys. Available September 27. 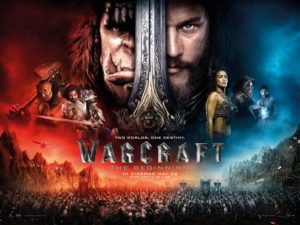 Warcraft
A horde of orcs invade the world of Azeroth through a portal. The humans – and some rebel orcs – must stop them. Based on the World of Warcraft game world, “Warcraft” is impressive visually and works hard to let the characters develop (a trait often neglected in fantasy films). The story never really fully clicks, but fantasy fans should enjoy the action as well as the immersive world. Available September 27.

Who Gets the Dog?
Generic comedy about a couple (Alicia Silverstone and Ryan Kwanten) squabbling over the dog during a divorce. There’s nothing original here, but if you’re in the mood for an amiable romantic comedy, this might be right up your alley. And hey – who doesn’t love cute dogs. Available September 27.

X-Men: Apocalypse
The X-Men must unite to defeat a world-destroying mutant named Apocalypse. The first-rate action is overwhelmed at times by too many characters and a bloated plot, but the thrills are impressive and the cast is outstanding. Available October 4.

The Purge: Election Year
A presidential candidate has been targeted for death on Purge night due to her promise to eliminate the Purge. The third installment of the “Purge” films is the best yet with in-your-face action and thrills from start to finish. Available October 4.

Aftermath
Post-apocalyptic thriller about a family trying to survive after a series of disasters (meteors, earthquakes, plague) strike earth and wipe out most of the population. Anne Heche and James Tupper star in this new series, which debuts on Tuesday, September 27, on SyFy.

Code Black
“Code Black” is a tense and engaging medical drama about the a beleaguered emergency room in Los Angeles, California. Marcia Gay Harden heads the cast, which adds Rob Lowe for its sophomore season. Wednesday, September 28, on CBS.

Crisis in Six Scenes
Woody Allen brings his first-ever scripted series to television, a comedy set in the late 1960s about an outspoken guest who upsets the world of a middle class family. The six-episode series features an impressive cast, including Allen, Miley Cyrus and Elaine May. “Crisis in Six Scenes” premieres on Amazon, on Friday, September 30. 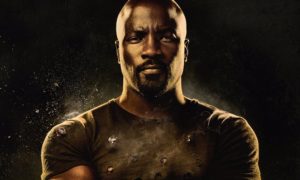 Marvel’s Luke Cage
Luke Cage (who debuted in “Jessica Jones”) is the third of Marvel’s five series on Netflix. Mike Colter plays a crime-fighting ex-con with super power. All episodes drop on Friday, September 30, on Netflix.

Saturday Night Live
The venerable sketch show is back for a 42nd season. This year kicks off with Margot Robbie (“Suicide Squad”) as host and The Weeknd as music guests. Expect a heavy dose of political humor as we dive into the election season. Saturday, October 1, NBC.

Westworld
HBO has gone all out for this adaptation of the 1973 film of the same name (which starred Yul Brynner). Westworld is a fantasy world for the rich and the richer where any dream – no matter how sadistic or hedonistic – is indulged. The park’s occupants are actually robots who can die or be brutalized without any repercussions. But what happens when the robots start having other ideas? The cast includes Anthony Hopkins, Ed Harris, Evan Rachel Wood and James Marsden. Sunday, October 1, HBO.

The Flash
The glut of superhero films and television series shouldn’t keep you from watching “The Flash.” Grant Gustin continues to shine as Barry Allen – the Flash – and story lines have been fun and fresh. Tom Felton (aka Draco Malfoy) joins the cast for season three, which kicks off on Tuesday, October 4, on The CW.

Frequency
Inspired but the 2000 film of the same name, “Frequency” follows a New York police detective who finds she can talk to her father through an old ham radio. When she attempts to ‘save’ her father from his fate, she starts a chain of events that could end in tragedy, forcing her to work with her father across time to solve an old murder case. Wednesday, October 5, The CW.

Lewis Black: Black to the Future
Lewis Black shows off his biting commentary in this hour-long special taken from the show’s recent Broadway run. Expect many of Black’s trademark observations/rants – many aimed at today’s political world. Friday, October 7, Comedy Central. 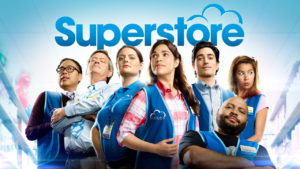 NBC has increased the episode order for the second season of “Superstore” from 13 to 22.

“Ride with Norman Reedus” has been renewed for a 2nd season, while FX has reupped “Atlanta” and “Better Things” for another year.

Showtime’s “Roadies” has been canceled after one season.

Netflix will produce a 10-episode series of “She’s Gotta Have It,” based on Spike Lee’s movie. Lee will direct the entire series.

“Star Trek: Discovery” has been delayed from January to May of 2017.

Denis Leary’s “Sex&Drugs&Rock&Roll” has been canceled after two seasons by FX.

Fox has renewed “Hell’s Kitchen” for two more seasons (its 17th and 18th).

Your TDS TV User Interface Is Getting An Upgrade
Has Congress finally answered the call?