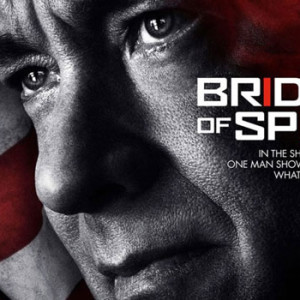 Blockbusters and award winners are on the menu this month with films via TDS TV on Demand. Don’t miss out of some last year’s biggest hits, including the return of James Bond in “Spectre.”

Bridge of Spies
Taut Cold War thriller about an American lawyer (Tom Hanks) who must not only defend a Soviet spy in court, but also facilitate the release of a U.S. pilot captured by Russia. Based on a true story, “Bridge of Spies” was directed by Steven Spielberg and scored an Academy Award nomination for Best Picture. Available February 2.

Our Brand is Crisis
Sandra Bullock and Billy Bob Thornton star in this comedy/drama about a American political consultant hired by a controversial Bolivian politician. This cynical look at politics (including politicians and those who help get them elected) is often times funny and tragic. “Our Brand is Crisis” is ambitious, but suffers at times from trying to do too much. Available February 2.

The Last Witch Hunter
Witches are going to destroy the world! Who you gonna call? Vin Diesel! The muscular Diesel stars the last of the legendary Witch Hunters – engaging in a centuries long battle against the dark forces that would consume humanity. It’s sort of silly, but “The Last Witch Hunter” is a lot of fun if not taken too seriously. Available February 2.

Rock the Casbah
Bill Murray plays a washed up music manager who sees a comeback in the form of talented teenager he meets while in Afghanistan. “Rock the Kasbah” has its moments, but the story and performances are uneven. Still, it’s hard not to just enjoy Murray – one of film’s great performers. Bruce Willis and Kate Hudson co-star. Available February 2.

Truth
By-the-book newsroom drama about the 60 Minutes report investigating President George W. Bush, and the subsequent controversy, which would cost Dan Rather his job. The story is a little dry, but engaging. Stars Cate Blanchett and Robert Redford are first-rate. Available February 2. 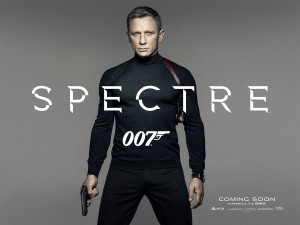 Spectre
Bond is back! Daniel Craig’s latest outing as the intrepid British spy doesn’t quite hit the heights of “Skyfall,” but fans will find a lot to love. There’s plenty of gadgets, a beautiful woman and buckets of thrills. Christoph Waltz’s villain doesn’t quite click, but the rest of the supporting cast is outstanding. Available February 9.

99 Homes
Excellent drama about a struggling construction worker (Andrew Garfield) who loses his home to a real estate broker (Michael Shannon). In a desperate attempt to reclaim his home, he makes a deal with the man who stole it, but finds himself sucked into a risky world of scams and greed that could destroy him. Available February 9.

Crimson Peak
Director Guillermo del Toro’s rich, atmospheric ghost story is creepy and unnerving. A woman running away from her tragic past marries a strange man – only to find his family home filled with mysteries (and ghosts). The cast, including Mia Wasikowska, Jessica Chastain, Tom Hiddleston and Charlie Hunnam is top-notch. Available February 9.

Grandma
A teenager turns to her offbeat grandma – a fabulous Lily Tomlin – when she finds herself pregnant. There’s lots of cliches, but the Tomlin really carries this comedy to another level. Available February 9.

Moonwalkers
Enjoyable romp about a CIA agent (Ron Perlman) and a rock band manager (Rupert Grint) who have to pull of the con of the century – staging a moon landing (with the help of famed director Stanley Kubrick). The movie is part mad-cap comedy, part stoner film and part homage to some of film’s great directors. If that sounds fun – go for it. Available now. 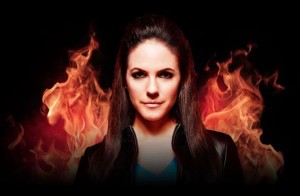 Lost Girls
SyFy’s fantasy drama kicks off the 5th and final season. The show follows a supernatural being who refuses to embrace the dark side of her nature. Monday, February 1, SyFy.

Super Bowls Greatest Commercials
The Super Bowl is almost upon, so why not relive some of the memorable commercials that have graced the small screen over the years. Who will make the cut? Perhaps McDonald’s “Showdown: Jordan vs. Bird” or American Express’ “Jerry Seinfeld & Superman.” And what about some of the tear jerker Budweiser Clydesdale spots? Tune in to find out. Tuesday, February 2, CBS.

The People Vs. O.J. Simpson: American Crime Story
It was the trial of the century – superstar athlete and actor O.J. Simpson was accused of brutally murdering his wife. FX takes an in-depth look at the riveting trial in this 10 part-mini series. The exceptional cast includes Cuba Gooding Jr., John Travolta, David Schwimmer and Courtney B. Vance. Tuesday, February 2, FX.

Madoff
Richard Dreyfuss stars as the notorious Ponzi-scheme mastermind Bernie Madoff. This two-part series tracks the rise and fall of the man who bilked billions from unsuspecting investors. Blythe Danner co-stars as Madoff’s wife. Wednesday and Thursday, February 3 and 4, ABC.

30 for 30: The 85′ Bears
In honor of Super Bowl week, ESPN’s continuing series puts a spotlight on the 1985 Bears – famed for the Super Bowl Shuffle, William Perry, Walter Payton, Mike Ditka and one of history’s great defenses. Trace the rise of the team to their triumph in Super Bowl XX. Thursday, February 4, ESPN.

Super Bowl 50
The Denver Broncos battle the Carolina Panthers for the Lombardi Trophy in Santa Clara, California. See if the cagey veteran Peyton Manning can lead the Broncos in an upset over the rising Panthers and their superstar quarterback, Cam Newton. Sunday, February 7, CBS

Vinyl
Producers Martin Scorsese (who also directs), Mick Jagger and Terence Winter take us on a wild ride through the New York music scene in the 1970s. Experience the rise (and fall) of punk, disco and hip-hop through the eyes of a record label executive. Bobby Cannavale, Olivia Wilde and Ray Romano star. Sunday, February 14, HBO.

Walking Dead
America’s favorite zombie show is back. Who will live and who will die? Tune in and see if Rick and all our favorites can survive another season. Sunday, February 14, AMC. 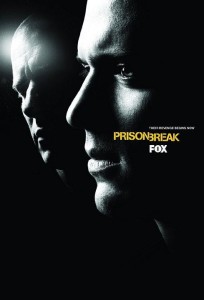 The show “Prison Break” will return to Fox some time next season, most likely as a limited series. The show ran from 2005-2009, but has developed a significant cult following via streaming.

The teen family drama “Finding Carter” has been canceled by MTV after two seasons.

Netflix’s acclaimed “House of Cards” will return for a 5th season, although creator Beau Willimon is departing.

The CW will be producing a live-action show based on the Archie comics. “Riverdale” will take a subversive look at a seemingly normal small town.

Showtime’s “Billions” will return for a 2nd season.