This week, fans of science fiction, comedy, drama, romance and horror all get something on TDS TV On Demand. And comedy fans won’t want to miss out on the return of Key and Peele, Denis Leary and Chris Tucker to the small screen. 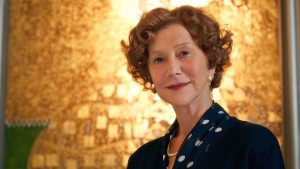 Woman in Gold
Helen Mirren stars as an aging woman who sets out to reclaim the artwork stolen from her family by the Nazis decades ago. Ryan Reyonlds is the lawyer who assists. The film is somewhat predictable, but the cast and story are compelling. Available July 7.

Paul Blart: Mall Cop 2
If you have seen the original “Paul Blart” you know what you are getting yourself into. It’s pretty much the same thing. Credit star Kevin James for giving it his all. Available July 14.

Second Best Exotic Marigold Hotel
“Marigold” is a whimsical, enjoyable film – much like the first installment. The lack of originality is made up for by the wonderful cast, which includes Dev Patel, Maggie Smith, David Strathairn, Judi Dench and Bill Nighy. Available July 14.

Ex Machina
This is a smart and fascinating (as well as disturbing) sci-fi mix of “Frankenstein” and “Blade Runner.” The film is about a young man who is invited to spend a week testing the world’s most advanced android – a beautiful robot named Ava. Avaialble July 14.

The Longest Ride
Time to break out the Kleenex. “The Longest Ride” is classic Nicolas Sparks – epic love, tragic characters, contrived plotlines and lots and lots of tears. If you love a good weepy romance you’ll enjoy this ride. Available July 14.

It Follows
Excellent horror film about a young woman who is stalked by a supernatural presence. “It Follows” is flat out creepy – the kind of film that will linger with you long after viewing. If that sounds like a good time – then don’t miss this gem. Available July 14.

Shark Week
Get your shark fix in spades as we head into the annual Shark Week. All week on the Discovery Channel.

Key and Peele
The riotous sketch comedy returns for a new season. Politicians and current events will no doubt get some well-deserved skewering. Wednesday, July 8, Comedy Central.

7 Days in Hell
Andy Samberg and Kit Harington star in this devilishly fun mock documentary about the world of tennis. Cameos by Serena Williams, John McEnroe and Chris Evert should spice up the silliness. Saturday, July 11, HBO.

86th Annual Major League All-Star Game
The mid-season classic is upon us. This year’s event will come to you from the Great American Ball Park in Cincinnati. Tuesday, July 11, FOX.

Sex&Drugs&Rock&Roll
Denis Leary stars as aging punk singer Johnny Rock, who’s band fell apart years ago – right when they were on the verge of becoming famous. 25 years after breaking up, Johnny’s daughter wants to get the band back together – only with herself as the lead singer. Thursday, July 16, FX.

“Heroes Reborn” is set for a September 24 premiere on NBC. The 13-episode mini-series will feature a mix of characters from the original series as well as newcomers.

USA has renewed the still enjoyable “Suits” for a sixth season.

Josh Holloway (of “Lost” fame) returns to TV this fall in the sci-fi show “Colony.”

One of fantasy’s most beloved series – Terry Brook’s Shannara novels – will come to the small screen in 2016. “The Shannara Chronicles” is part of MTV’s further foray into scripted shows. The series will sport a more YA approach than recent fantasy series, such as “Game of Thrones.”

Sonia Manzano, who played Maria on “Sesame Street” for 45 years, has retired from the acclaimed children’s show.

NBC’s “Hannibal” has been cancelled. There’s talk of continuing the critically-acclaimed series on another network, but nothing has been firmly established.

The classic mini-series “Roots” will get redone by A&E. Laurence Fishburne is set to star as Alex Haley.

NBC has elected to pass on another season of “A.D. The Bible Continues.” Don’t be surprised if the drama is picked up by another network.