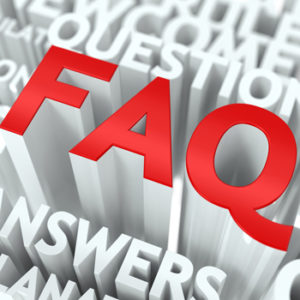 Top 10 FAQs about the Nexstar dispute

Thanks for supporting TDS® while we take a stand against Nexstar Media Group.

We said no to Nexstar’s request for an unreasonable rate increase. As a result, our contract to carry their channels in some of the areas we serve expired and we were forced to take channels down.

Here are the answers to questions customers ask the most about the negotiations and channel takedowns. We hope reading through them helps you better understand the issues affecting your TV service.

1. Will I receive a credit on my bill while the channel is dark?
Yes, we plan to issue credits for lost programming when the contract impasse with Nexstar is resolved. We don’t know when that will happen, but it will take a few billing cycles before the credits appear on your bill get credits to you.

In the meantime, Thank you for standing with TDS. You are important to us.

2. Why are customers brought into the middle of this contract dispute?
Nexstar put you in the middle so there is more pressure on TDS to surrender to their unreasonable demands. We have made reasonable offers consistent with agreements we’ve reached with other providers, but Nexstar turned us down. We also wanted to keep stations up while we continued to negotiate, but Nexstar denied our request.

By forcing us to take down channels, Nexstar knows they’ll get your attention. They know you’ll be upset (and rightly so) and that you may even disconnect your service. We apologize for the inconvenience you’re experiencing. We are sorry you’ve been put in the middle. But, please know:

TDS is taking a stand on behalf of customers. By refusing to accept terms that are too expensive we are holding our ground with the nation’s second-biggest media conglomerate, Nexstar.

TDS expects groups like Nexstar to increase rates from time to time. In fact, we plan for those increases. (And yes, that means in order to continue providing the programming customers want, TDS needs to periodically increase your rates, too.) However, in this case, Nexstar’s request is simply too expensive and unreasonable. Accepting Nexstar’s unreasonable demands would continue to drive programming fees higher and lead to higher rates for customers.

3. Why can’t you keep the channel up while you are negotiating?
Taking the channel(s) down was not TDS’ choice. Nexstar, the broadcaster, will not allow TDS to carry these stations until a new contract is signed. TDS did try to keep these channels up while we worked toward an agreement. Since Nexstar refused our request, TDS was legally obligated to take the channels down.

4. Why can’t you get an ABC, CBS, or FOX (each a “Network”) affiliated station from another city (or market)?
It would be great to be able to bring in a station from a neighboring community to provide programming during the channel takedown. Unfortunately, this is much easier said than done.

TDS is required to carry channels that align with the designated market area (DMA) in which you live. The FCC defines DMA boundaries, which in most cases align with large cities nearby. Broadcasters (like Nexstar and Tribune) have exclusive rights to deliver their signal within a specific DMA. Sometimes a TDS serving area is close to a DMA border and a broadcaster that’s technically in a different DMA may actually be closer to our customers. For example in New Mexico, TDS provides TV service to the towns of Hobbs and Lovington. These towns are within the Albuquerque DMA, however are actually located closer to Odessa, Texas. In Hobbs and Lovington, we have an agreement with an Odessa-based CBS station to carry their channel in our lineup (to bring in an out-of-market station). Unfortunately, this agreement allows us to carry the Odessa-based channel only when we also carry the Nexstar-owned CBS station out of Albuquerque. Since we have lost our right to carry the Nexstar’s Albuquerque stations, we may no longer carry the Odessa-based CBS station.

5. Why should we have to pay for these channels anyway—they’re free over the air!
Broadcasters offer their signals for free over the air, however, TV providers like TDS can’t retransmit these signals to our customers without permission and paying a fee. That fee is called the broadcast retransmission fee and it’s negotiated every few years. Station owners set the fee rates—and in this case, Nexstar is asking up to 129% more for the exact stations that are available for free with an antenna. Industry wide, retransmission fees keep skyrocketing. These rates are now more than 30 times more expensive than they were just 10 years ago. Although we continue to absorb as many of the cost increases as possible, some carries over to customer bills. That’s why we’re urging customer to contact the FCC and urge them to take action. (In the”Proceeding(s)” box enter: 10-71)

7. If Comcast, DirecTV, Charter, and other TV providers are airing these channels, why isn’t TDS? Don’t you all pay the same rates for the service?
Every TV provider/cable company negotiates its own agreements for carrying channels in each of its service areas. These agreements run on separate timelines depending on provider, broadcaster, and/or network. TDS and Nexstar are currently at a contract impasse; however we are not alone in taking a stand for fair rates: Nexstar also went dark with other small cable operators. In addition, Charter is currently in a dispute with Tribune media. And, DISH is feuding with HBO. Channel negotiations and their resulting blackouts are an industry-wide issue that needs to be addressed. This is why we’re urging customers to contact the FCC. (In the”Proceeding(s)” box enter: 10-71)

8. Why are only certain counties in my state impacted, why not more counties?
Each broadcaster (like Nexstar and Tribune) broadcasts their signal within their local market not by state. Therefore, channel takedowns only impact certain markets.

9. Why is my local channel saying the takedown is TDS’ fault?
Nexstar is attempting to divert blame when, in reality, they are the reason you no longer have your local channel(s). TDS attempted to negotiate a reasonable rate increase; one that was in-line with industry standards and similar to those we recently negotiated with other programming providers for the same network-affiliated content. But, Nexstar rejected these offers. They’ve also publically stated TDS is delaying the negotiation process by not agreeing to pay a fair price for the local station(s).

We strongly disagree that an up to 129% increase is fair. Moreover, Nexstar claims TDS removed Nexstar station(s) from our lineup voluntarily. This is not true. We could not legally continue to air the station without either a signed agreement or an extension from Nexstar. TDS requested an extension but Nexstar refused. Nexstar is using bullying tactics to try and grossly over-value its programming. Rather than cave to Nexstar’s demands and pass on ridiculous cost increases to our customers, TDS is taking a stand on your behalf.

10. Why is Nexstar asking for up to 129% increase?
The short answer: because traditional TV viewership is going down. With the ever-increasing number of channels and viewing options available, fewer people are watching broadcast TV stations. That means less advertising revenue for the broadcasters. In order to make up for these revenue losses, broadcasters charge television operators more. Plus, there used to be many small, local broadcasters. Instead, large corporations now own more and more local TV stations. The large corporations use their size and power to withhold marquee programming such as NFL playoffs, to force rate hikes that drive up the cost of your programming.

These same FAQs can also be found on our website.