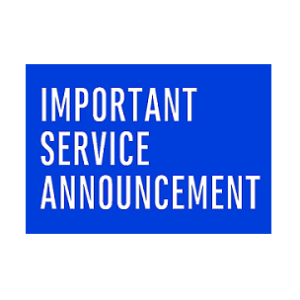 We wanted to make sure you’re up to date on negotiations happening for TV channels in your area. TDS is in the midst of contract negotiations with Hearst Television and Tribune Media and could be forced to take down WISN (ABC and Movies!) and WITI (FOX).

If an agreement cannot be reached by 11:59 p.m. on Dec. 31, TDS will remove these channels in the following communities:

We wanted to warn you in advance about this channel take down possibility since ABC will host the Citrus Bowl on Jan. 1, at 12pm CST.

TDS works hard during every contract negotiation and we won’t let unreasonable terms and prices sacrifice the best interests of our customers—and we thank you for being one!