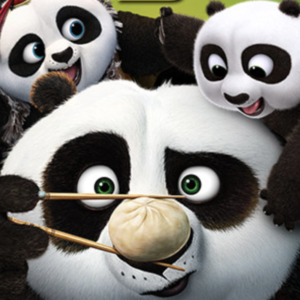 Summer is here and TDS TV On Demand is offering a strong slate of comedic films, including the blockbuster “Kung Fu Panda 3.” And don’t miss the debut of several new network shows as well as the return of some old favorites.

Kung Fu Panda 3
The “Kung Fu Panda” franchise keeps on rolling. The third installment is just as fun and engaging as the first two films—and the animation is absolutely stunning. While “Kung Fu Panda 3” is great for the kids, adults will enjoy it just as much. An all-star cast (headed by Jack Black) helps make this another winner. Available June 28.

The Brothers Grimsby
Sacha Baron Cohen, who created such characters as Borat and Ali G, is back with this wildly crude and filthy comedy that pulls no punches and will likely offend everyone in some way. Two long separated brothers—one an MI6 agent and the other a dimwitted football fan—are forced to work together to save the world. Mark Strong, as Cohen’s brother, is outstanding. Available June 21.

My Big Fat Greek Wedding 2
Can lightning strike a second time with another Greek wedding? The answer is a resounding, “sort of.” “Wedding 2” strikes all the right notes —the cast is good, the pace and tone light and breezy. Fans of the original will smile and enjoy, even if things are a little stale compared to the first go around. Available June 21.

Midnight Special
Low-key sci-fi thriller about a boy with extraordinary powers. The boy’s father (Michael Shannon) saves him from a cult, only to be chased by the FBI, who are interested in the boy’s supernatural abilities. Available June 21.

Whiskey Tango Foxtrot
Entertaining story about a journalist (Tina Fey) who, dissatisfied with her career, takes an assignment in Afghanistan. Fey is a hoot in this fish out of water tale. Margot Robbie and Martin Freeman co-star. Available June 28.

Person of Interest
Five seasons come to close and expect a seriously messy ending as all the pieces end up on the board for one last conflict. Series finale airs Tuesday, June 21, on CBS. 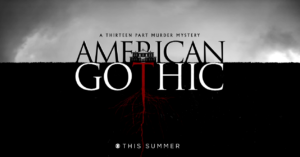 American Gothic
Intriguing new series about an affluent Boston family, the Hawthornes, who discover that their recently deceased patriarch may have been a serial killer. If that’s not enough, one of the surviving family members may be an accomplice. Yikes. Series debuts on Wednesday, June 22, on CBS.

Queen of the South
Based on the best-selling book La Reina Del Sur by Arturo Pérez-Reverte, “Queen Of The South” tells the tale of a woman who plots to become a drug trafficker in order to avenge her lover’s murder. Alice Braga stars. Thursday, June 23, USA.

Adventures in Babysitting
Parents may want to check in for the nostalgia, but it’s the kids who will really enjoy this made-for-TV remake of the 1987 theatrical film starring Sabrina Carpenter and Sofia Carson. Friday, June 24, Disney.

The Last Ship
In the wake of the Orlando terrorist attack, TNT re-scheduled the 2016 premiere of the “The Last Ship.” Don’t miss one of the summer’s best dramas. Sunday, June 26, on TNT.

Sex&Drugs&Rock&Roll
Denis Leary’s rock and roll ride begins a new season. Leary plays a cult punk rock star (Johnny Rock, lead singer of the Heathens) who gets another chance at fame—but must play second fiddle to his ambitious and talented daughter who takes the lead in his band. Season 2 premieres on FX on Thursday, June 30.

Mysteries at the Museum
Host Don Wildman, playing a modern day Indiana Jones (but without the fear of dying), uncovers the history behind obscure artifacts he unearths in museums around the world. This reality show is one of the most engrossing of its kind on television. The new season kicks off Friday, July 1, on Travel.

Marco Polo
If you enjoyed the decidedly adult romp of season one, get on board for another lavish journey to the far east. The series details the adventures of the famed explorer as he navigates the many intrigues found in the court of the legendary Kublai Khan. All episodes drop on Friday, July 1, on Netflix. 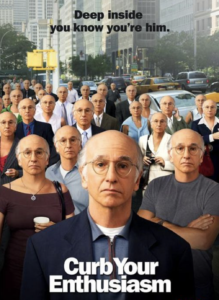 Larry David is bringing the cult favorite “Curb Your Enthusiasm” back to HBO after a five-year hiatus. The show’s new season—its ninth—will likely debut sometime in 2017.

Wilmer Valderrama, who gained fame on “That ’70s Show,” will join “NCIS” as a series regular, helping fill the shoes of the recently departed Michael Weatherly.

Comedian Louis C.K. will return to TV with a new series on FX this fall. The show, titled “Better Things,” was created by C.K. and Pamela Adlon, who will co-star.

BBC fan favorite “Orphan Black” has announced it will produce a fifth—and final—season in 2017. The sci-fi series will get a 10-episode treatment.

The CW is rebooting the sketch comedy series “MadTV.” The series will premiere on July 26.

CBS has extended its contract to broadcast the Grammy Awards through 2026.