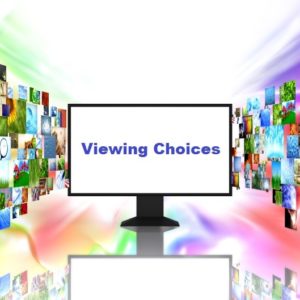 TDS is actively working to reach a fair agreement with Nexstar; however, Nexstar continues to refuse to allow TDS to broadcast the channels until an agreement is reached.

We have given Nexstar our best offer—one that we consider a reasonable increase. Nexstar is continuing to demand rates that are well outside industry norms – now up to a 129% increase. We are seeking reasonable rates to protect customers.

Here are some ways you can watch NFL games this weekend, ABC, local newscasts, and other shows.

ABC
ABC and ESPN will simulcast the first game of the playoffs on Saturday, Jan. 5 at 4:35 pm/ET: Indianapolis Colts are playing the Houston Texans. Customers subscribed to the Freedom, Expanded, or Expanded Plus package, can catch the game on channels 602 in SD and 1602 in HD.

CW Options
1. CWTV.com provides access to CW network shows beginning at 11 p.m. the night the show aired on broadcast
2. The CW app is available on most streaming devices, it is easy for customers to watch shows only a few hours after their initial airing at no cost
3. CW and Netflix agreement allows for all series to show up on Netflix eight days after the season finale.

National Football League games
All users with a smartphone have access to playoff games in the NFL and Yahoo Sports app.  Either app can be used to live stream the games being broadcast by your local CBS and Fox stations, as well as all nationally televised prime time games.

What live content is available in the NFL app?

Note: You might have to use data, not Wi-Fi. Some fans who have been trying to use the apps to live stream NFL games were prompted to log in with a pay TV provider account, and that they were instructed to turn off Wi-Fi and use their cellular data. For the apps to function properly, you must download the latest version. If you have an older version, you may be asked for a pay TV log-in. And while you can live stream most of the games available on the NFL App or Yahoo Sports app while connected to Wi-Fi, it seems there are some games that can only be streamed if Wi-Fi is turned off.

Additional viewing options for local news are listed below:

MeTV
There is no streaming option, but you can watch full episodes of some of select shows under the Videos tab on the MeTV website.

Bounce
Customers can stream select episodes under the Shows tab on the Bounce website.

Other stations
Although the other channels, such as Laff, Justice, My Network, and getTV, don’t offer streaming online, you’ll find much of their content is available on streaming services that you may already subscribe to. For example, you can watch channel 3rd Rock From the Sun and The Good Wife on Amazon if you have a Prime membership. That 70’s Show is streaming on Netflix, and Married With Children and Home Improvement are both on Hulu.

Thank you for your patience as we continue to negotiate on your behalf.